OnePlus recently launched OxygenOS 11 Open Beta for OnePlus 8 and OnePlus 8 Pro users. The update received a very mixed response from the users as it was criticized by many for adapting several UI styles from Samsung’s OneUI. Going away from the stock Android experience which was often considered the identity of OnePlus and hence the backlash. But there were some changes which enhanced the user experience and so preferred by them. But the new OS did bring a new live wallpaper to the OnePlus 8 series device.

Also Read: How to Download And Install ROG Phone’s Live Wallpapers On Any Android Smartphone

The users of OnePlus 8 and 8 Pro users can simply download the open beta from the OnePlus forums to enjoy the new UI and features along with the wallpaper. But there are some bugs reported in the beta version of the update notably heavy battery drainage for 8 Pro users amongst many minor others. So it’s just better to wait for the more optimized, cleaner, and hopefully bug-free OS that will be launched in the coming months.

But are you bored with your current live wallpaper already? And did you liked the dynamic, material design themed wallpaper which also changes based on the time of the day in the OxygenOS 11.

Then follow these simple steps to get the new live wallpaper from OnePlus:

The app can work on any Android smartphone on SDK 26/ Android 8 (Oreo) or above. The wallpaper may or may not work perfectly on every device as it is rendered using OpenGL. The app is developed by XDA Recognized Contributor linuxt.

The app has been tested for Asus ZenFone 7 Pro and OnePlus 8 Pro and it did run smoothly. 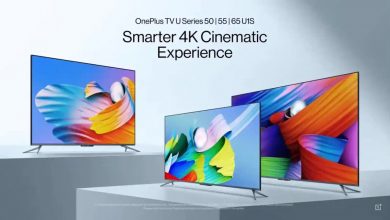