Apple has recently introduced the A15 Bionic chip at the California Streaming event. A15 Bionic chip will be powering the latest iPhone 13 and iPhone 13 Pro series. Users are quite expected to see how it performs against Exynos 2100 AND Snapdragon 888.

It is quite exciting to compare all the three chipsets and see how it performs in the real world. Here we will be comparing A15 Bionic vs Snapdragon 888 vs Exynos 2100, and also conclude which is the best amongst them.

We will be comparing all the three chipsets, i.e., A15 Bionic chipset, Snapdragon 88, and Exynos 2100 in terms of GPU, CPU, AI, Machine learning, and various other aspects.

A15 Bionic chip has a Hexa-core CPU design which is built on TSMC’s 2nd-gen 5nm process node. It comes with four power-efficient cores as well as two high-performance cores. Apple with the A15 Bionic chip has doubled the system cache with which it has the access to 32MB SLC. There is no information about the frequency of the CPU, but seeing the specs of last year’s chip, it should be somewhere around 3GHz.

Exynos 2100 by Samsung is built on a 5nm process and it features an octa-core CPU. The Geekbench score of the Exynos 2100 is, for single-core 1107, while for multi-core 3518. Talking about the Snapdragon 888, its CPU architecture is similar to Exynos 2100. It is an Octa-core CPU that comes with a new Cortex-X1 core with a clock frequency of 2.84GHz.

Just like the Exynos 2100, the Qualcomm Snapdragon 888 is built on a 5nm process. Talking about the benchmark score, Snapdragon 888 on the single-core scores 1109 whereas on the multi-core it scores 3244.

A15 Bionic comes with a newly designed 4-core GPU on the iPhone 13 series, i.e., iPhone 13 and iPhone 13 Mini. The A15 will have a 30% increase in GPU performance when comparing it to the competition. In the GFX Manhattan ES 3.1 test, last-gen A14 Bionic GPU performance was around 132, while that of Snapdragon 888 was around 122.

A14 and Snapdragon 888 have a performance difference of around 10%, but this time, Apple has improved its performance by 30% from the leading competition. It can be said that the A15 has a 20% gain in performance over the A14 Bionic chip. 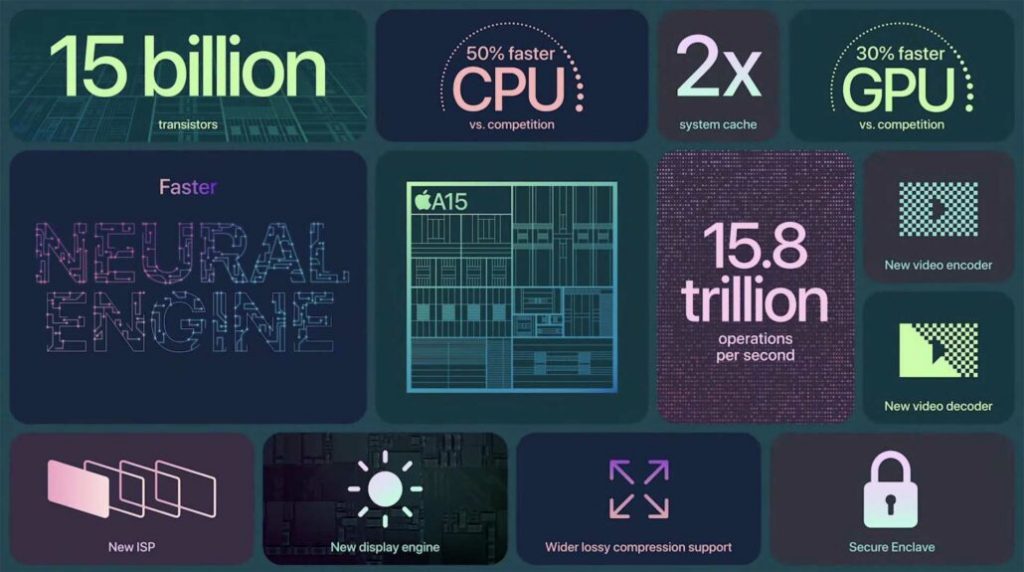 In terms of GPU, both Exynos 2100 and Snapdragon 888 have almost identical scores, and according to the recent reports, the upcoming Exynos 2200 with the AMD GPU surpasses the score of A14 Bionic in terms of GPU test. It is expected that the A15 Bionic will face tough competition with the upcoming Snapdragon and Exynos Chipset.

A15 Bionic has a new 16-core Neural Engine that can perform 15.8 TOPS (Trillion operations per second) over the last-gen A14 Bionic chip’s 11 TOPS. The figure falls short when compared to the Exynos 2100 and Snapdragon 888. 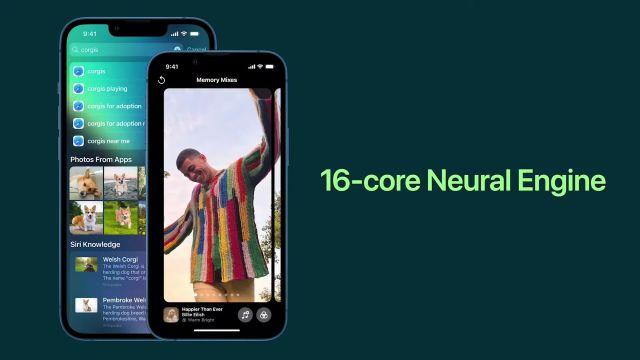 Snapdragon 888 has 6th –gen AI accelerator along with Hexagon 760 DSP which can perform up to 26TOPS, and it is expected that the latest snapdragon processor will set a new benchmark for the AI and machine learning performance.

Similarly, Exynos 2100 has an AI Engine, triple-core NPU, and DSP, which can perform 26 TOPS. Comparing AI and Machine Learning performance on Snapdragon 888 and Exynos 2100, they are almost the same and are ahead of A15 Bionic.

Apple’s A15 Bionic comes with a newly designed ISP which enhances Apple’s computational photography, live filters, the new Cinematic Mode feature, and more. The ISP on the A15 Bionic can shoot 4K HDR Dolby Vision video at 60FPS, and can also handle ProRes RAW footage at 4K 30FPS.

The Spectra 580 ISP on Snapdragon 888 has support for concurrent HDR operations on its triple-cluster ISP architecture. Due to this, the ISP can collect more light and create a better image stack quickly for better shots. Moreover, the ISP on the Snapdragon 888 is capable of shooting images up to 200MP and also record videos up to 8K at 30FPS.

The ISP on Exynos 2100 can let you capture 200MP images and two 32MP images while using a dual-camera system. The ISP on all three chips is quite capable of capturing good shots and good quality video, so it is hard to find a winner in terms of that. 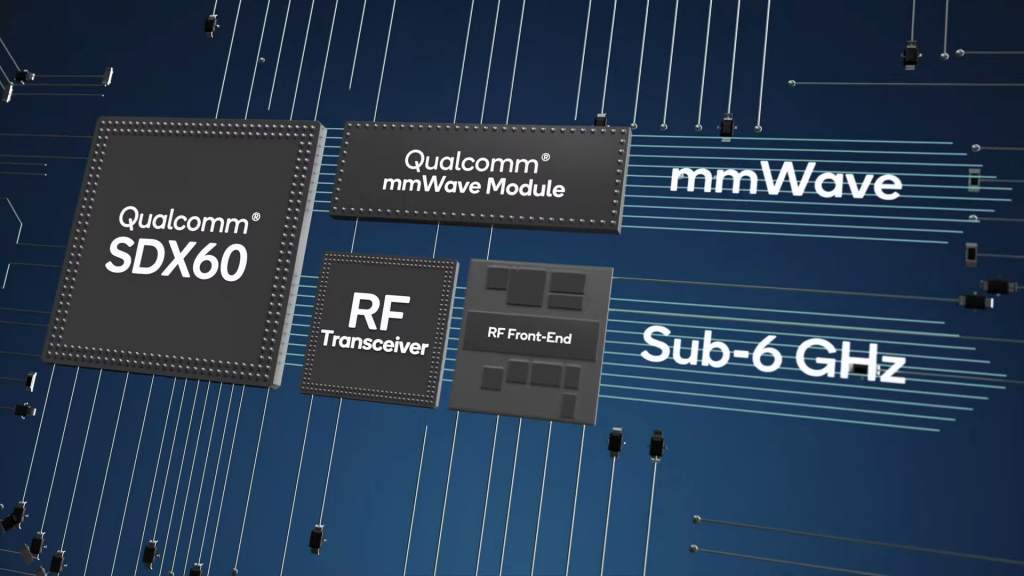 However, there hasn’t been any confirmation on this one, and we will have to wait for the teardown to confirm the modem present in the latest iPhone 13 series. Apple has been working on their own 5G modem, but it isn’t ready yet. A15 Bionic chip has support for Bluetooth 5.0 and Wi-Fi 6.

Coming to Samsung’s Exynos 2100, it has its own in-house 5G modem which is integrated into the Exynos 2100 chip. The download speed on this modem can go up to 7.3Gbps while the upload speed can go up to 3.6Gbps. It also has support for Wi-Fi 6E and Bluetooth 5.2.

For sure, Apple is the king of smartphone chipset, and with A15, it is way ahead of the leading competition. It is yet to be seen how the upcoming processors from Snapdragon and Samsung perform and how tough competition do they give to the Apple A15 Bionic chip.