Samsung has announced the launch of a new Exynos Processor having AMD GPU. The chipset will be the company’s flagship processor. It will be having AMD’s Radeon GPU. The company hasn’t revealed the performance improvement from the chipset so far. The first real benchmark of this chipset has finally appeared. But there is no clarity from Samsung so far.

But the most striking revelation is that the chipset could overcome the performance of the latest Apple Chipset.  The A14 Bionic is the latest chipset of Apple. This processor is claimed to be the best amongst its peers. Samsung is now testing an Exynos chipset with the AMD Radeon GPU and Cortex-A77 CPU cores.

This is being reported by the tipster Ice Universe (@UniverseIce). He also posted a screenshot of the 3DMark graphics benchmarking app.

Although these are just early tests and we don’t know how the chipset will actually perform. There is also no information about the thermal performance of this Exynos processor. But early tests and reports suggest an Android device beating Apple’s best smartphone chipset in graphics performance.

Is Exynos Processor With AMD GPU The Most Powerful Chipset?

Despite this, an important thing to note is that Exynos Processor With AMD GPU won’t be the most powerful GPU out there. Apple’s M1 5nm chipset that is present on the iPad Pro (2021), MacBook Air (2020), and the MacBook Pro (Late 2020) are claimed to be more powerful. 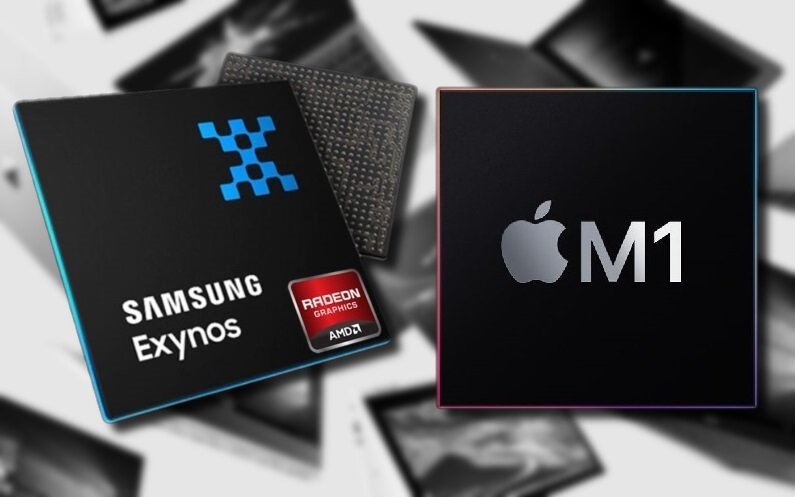 The M1 Chipset is designed for much bigger devices having room for cooling and heat dissipation. It delivers scores of 17,000 points in 3DMark’s Wild Life graphics performance test.