The much-awaited game, Battlegrounds Mobile India is finally live in India as a beta version. The rebranded and revamped PUBG Mobile is now available for players to play.

After PUBG Mobile was banned last year by the Indian Government, fans were eagerly waiting for the game’s return in the country. The early access of the game went live on 17 June. The Beta slots were filled within minutes and later, the game is available for all mobile gamers as beta testers.

We had the first look and information regarding the game when the pre-registration was released. The game was available for pre-registration from 18 May. And one month later we have the game launching for all users as early access.

There were rumors stating the game to go live on June 18. And with the announcement, they have been proven true.

This also means now you can also become a Beta Tester of the game by signing up for the same. To do so, you have to tap on the “Become a Tester”, option and then install the game on your smartphone.

The download size of the game is 721MB while the install size is 0.96GB. Users will have to download the low- or high-res resource packs, maps, and several other features within the game as well.

To sign up as a beta tester, go to our detailed how-to article, where we have written a step-by-step guide to help you download and install Battlegrounds Mobile India on your Android device. We’ve also included two methods to get the game running – the APK OBB method as well as the official method.

Amongst the noticeable changes, the blood won’t be of red color in the new game. Also, now you don’t kill your opponents according to the game. The players have to finish them and so the word ‘kill’ is replaced by ‘finish’. Upon spawning at the start of the game, now the characters will also be fully clothed. 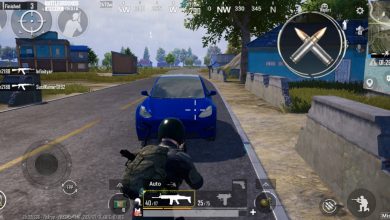