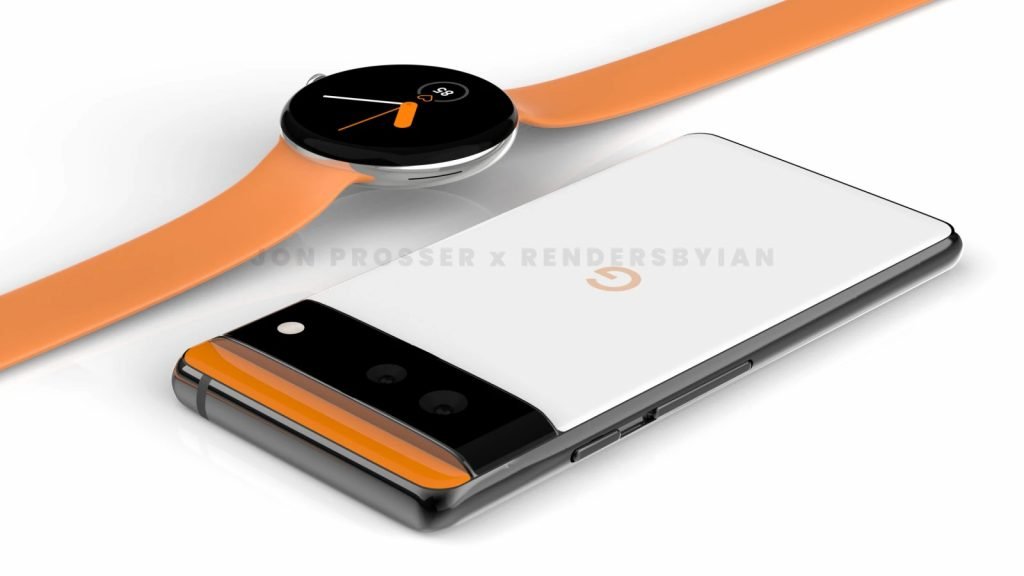 Talking about the camera, for which the device is well known, expected to feature a triple rear camera setup with a huge camera bump as part of a new radical design. As per the rumours, the front camera will support 4K video recording. The front camera will be a centred punch-hole. Also, the rumours say that the Pixel 6 Pro will have a telephoto lens as well as an ultra-wide sensor.

In terms of designs and aesthetics, Google Pixel surely does feel premium. The bio-resin plastic was used in Pixel 5, to allow wireless charging on it, and a similar element may be used for the Pixel 6 lineup. Both phones feature a triple-tone colour design. As seen in renders, the camera design is rectangular and is in black glass.

That’s it with the processor, camera, and the design of the phone. The phone surely has various other features, which makes it one of the most anticipated smartphones in 2021. The phone will also be getting an in-display fingerprint sensor. The phone is also expected to have Silky home functionality, which will make it look more like Samsung’s One UI.

The phone may also have UWB (Ultra-Wideband technology). Using this technology, nearby devices can talk to each other, as it is a short-range communication function. This function can be quite useful for location tracking.

There is no information about the RAM, storage, and other specifications of the phone.