Dogecoin has been in the news for the past few days. The ALT coin has seen an immense rally in the last month or two. But there are also several scams stating they can double your Dogecoin. As good as these kinds of ‘offers’ seem they are just a scam and a way to loot the people of their holdings.

Dogecoin has clearly said that any messages you come across talking about any kind of giveaways or offers like doubling your coins are not legit and just a scam. In the last few days, there are many such incidents where such tweets have made the rounds across the internet.

Also Read: Ripple May Burn Billions Worth XRP Says Ripple CTO: What Is Ripple? And All You Need To Know

What Are These Scams?

There are several tweets stating that they are doing a giveaway and will double the Dogecoins that you send them. It isn’t just Dogecoin as similar messages have been seen on Twitter regarding other cryptocurrencies like Bitcoin and Ethereum as well.

A word of warning: Do not send coins to people claiming they will double, triple or otherwise multiply your coins. Those are scams. We can not return your money to you either. Please watch out and remember if something sounds to good to be true, it likely is.

These thugs are hacking into inactive Twitter accounts for promoting these giveaway scams. They would first ask the person to send them any number of Dogecoins claiming that they would be returned with double of the sent coins. Instead of sending the double, users end up losing the coins they even had before as they would not receive anything in return.

On Twitter, MalwareHunterTeam has flagged many of such fake pages. They also worked with Bleeping Computer and reported that these scammers have supposedly made at least $97,054.62 over the past two days through luring people by the incentives of doubling their crypto holding.

What’s Up With Dogecoin?

Dogecoin is an ALT (alternate) coin just like Bitcoin that works on Blockchain technology. The coin was launched back in 2013 by Billy Markus and Jackson Palmer. It was launched as a joke by the two with no interest whatsoever to make the coin as it is today. The coin has Shiba Inu dog from the “Doge” meme as its logo and namesake.

But what made the huge boost and interest in the coin just because of interest from the likes of Elon Musk, Mark Cuban, amongst many others. Elon Musk has regularly tweeted about the coin which has received interest from people around the globe to Dogecoin.

Elon Musk, the founder and CEO of SpaceX has even announced that he’s gonna take Dogecoin to the moon (literally!) and has also named a satellite to be launched in 2022 as Doge-1 which will be containing the Dogecoin (again literally). Apart from this, Elon Musk appeared on SNL (Saturday Night Live) last weekend, and by the anticipation of Musk mentioning the coin on the platform received a huge boost.

What Now For Dogecoin?

The ‘double your Dogecoin’ may have been a scam with many people having lost their money having caught in the scam. But those who ‘bought’ Dogecoins have had their money ‘doubled’ thanks to the upward trend of the coin in the last month and a half.

The coin has gone from having a value of less than 4 rupees (3.80 rupees to be precise) to about 38 rupees today having touched the highs of about 54 rupees last week. Dogecoin has been the talk of the Crypto Town and the number of people invested in the virtual currency is going up by every day.

But as mentioned above, the coin did reach the highs of about 54 rupees earlier last week before taking a sharp fall to be traded at 38 rupees at the time of writing this article. The major reason for this is said to be Elon Musk jokingly calling Dogecoin a “hustle”. And this not just was a letdown of the high expectations of many regarding Elon Musk coming on SNL and speaking about Dogecoin, but also turned out to be a ‘bad PR’ for the crypto creating a massive selling from my investors across the globe.

The Crypto has however pulled back slightly from its lows and is expected to continue this upward movement. Despite the sharp fall, experts do believe that the Crypto is expected to touch a dollar (about 74 rupees) in the next few months. 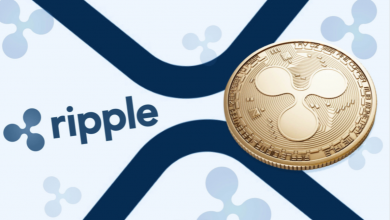 Ripple May Burn Billions Worth XRP Says Ripple CTO: What Is Ripple? And All You Need To Know

What if the government bans cryptocurrency in India?