Back in September of last year, PUBG Mobile and another 117 Chinese apps were banned by the Government of India. But Krafton Inc, the developers of PUBG Mobile had cut ties with Tencent Games and were in the process of launching a revamped and new game compiling with the rules of the Indian Government. Finally, after months of leaks and anticipation, the Battlegrounds Mobile India, the new PUBG, is finally available for pre-registration. The game had earlier launched the teaser, poster, and also the changes in its privacy policy. But now we have a registration going live and the game is also expected to launch very soon.

How To Pre-Register For The Battlegrounds Mobile India

To pre-register for the Battlegrounds Mobile India:

That’s all you have to do to pre-register for the game.

What Do You Get By Pre-Registering?

By pre-registering, all the players will be receiving “4 amazing pre-registration rewards, the Recon Mask, the Recon Outfit, Celebration Expert Title, and 300 AG,” based on the listing of the game on the Play Store. When the game is officially available and launched, the rewards will be automatically available to claim upon opening the game.

Although the game developers haven’t officially released the minimum specifications for the game to work on your smartphone, But going by PUBG Mobile’s requirements, here’s what Battlegrounds Mobile India’s minimum requirements are expected to be:

In terms of supported devices, a large number of devices would come with the support or the game. As of now, the game is being launched only for Android users. At least the pre-registration is only for Android users. Even on lower-end smartphones, the game would be supported and can be played on. But the gaming experience will be affected because of lesser RAM, Chipset, older version of GPU, etc.

To tackle this, PUBG Mobile also had a PUBG Mobile Lite for such smartphones to run smoothly even on lower-end phones. But as of now, the game is only being launched as a single regular game and no ‘Lite’ version of the game is expected to be launched alongside the game. However, in the future, we may see a “Battlegrounds Mobile India Lite” version as well. 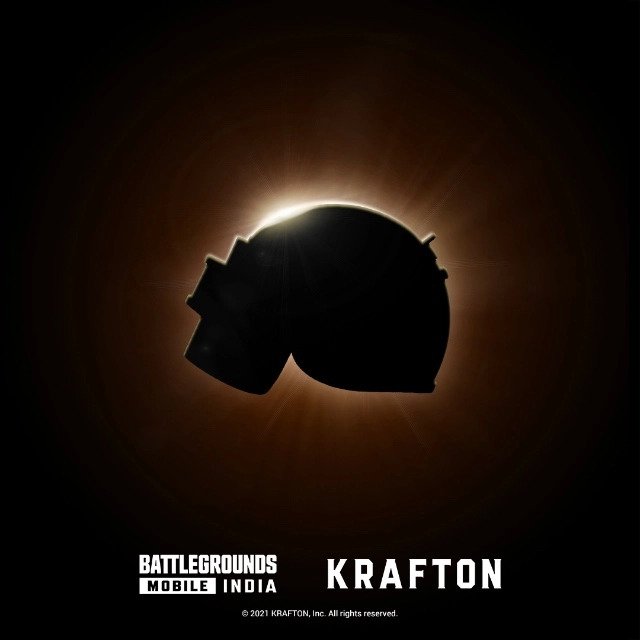 The first poster regarding the launch of the game was like the one above. Here the helmet seems to be in front of the sun heavily resembling an eclipse. And June 10 is the day for the next Annular Solar Eclipse and hence the likely date behind the suspected launch of the game.

PUBG Mobile has been revamped, rebranded, and relaunched as Battlegrounds Mobile India. But it’s not just the name and logo that have changed. There are many other changes made in the game as well. The changes in terms of privacy and security point of view were mentioned in the earlier post – 7 Important Changes In Battlegrounds Mobile India The New PUBG. But the game also sees various changes in gaming experience and other rules as well. It includes:

Despite the launch of the game being on the cards and even pre-registering of the game is started, there is no official information whatsoever regarding the gameplay of the game. So far we don’t even know if there will be Classic battle royale mode along with Team Deathmatch and Domination modes as well or not. All of these modes may not be available at launch, but maybe can be added in future updates.

Apart from this, in terms of maps available, the game will be having Sanhok from the previous game as well. But so far the developers have not said anything regarding if the game also had other maps like Erangel, Miramar, and Vikendi as well.