The very popular messenger, Telegram is set to finally introduce Video Calling on its platform. The messaging platform is very popular especially amongst the youth because of the tons of features available on it. But the absence of video calling is something the users have complained a lot in the past. Telegram had previously launched Beta for iOS users with Video Calling and now even for Android Beta users, the feature has been teased.

Telegram hasn’t announced anything regarding the feature officially but it can be expected in the coming weeks or months. However, according to many Beta users of the app, the feature needs a lot of refinement before it can be released officially.

The feature is enabled by default! pic.twitter.com/qrp0eqvudw

Among the shortcomings of the feature, the users complained there were issues in the Picture-in-Picture mode, audio issues, and absence of Group Video Calling to name a few.

The Audio issue in the Video calling that the testers faced was that the app by default used to release audio through the earpiece even if there wasn’t one connected. The users had to turn off the video, then select loudspeakers and turn back the Video on.

In Picture-In-Picture mode, the feature can be enabled by tapping on the back option on the top left. But in some devices doing so led to the call getting disconnected instead of triggering PiP mode.

Telegram can be expected to address these issues before officially bringing the global update of Telegram to introduce Video calls. 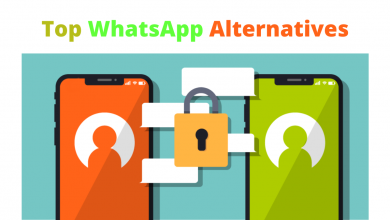 Top WhatsApp Alternatives And How Safe Are They?