Since the advent of the first-generation iPad in 2010, Apple has single-handedly managed to dominate the worldwide tablet market. For years Android smartphone makers like HTC, Motorola, Samsung, Lenovo, and many more have been trying to catch-up to Apple, but due to the lack of proper software development, they couldn’t do so. However, unlike the other OEMs mentioned above, Samsung is still continuously developing and improving its tablet lineup.

Recently, the South Korean tech giant launched its budget-oriented Samsung Galaxy Tab S6 Lite tablet to compete against the affordable iPad 10.2-Inch. In this article, we have compared the two devices and shared a conclusion as to which one should opt for.

Samsung Galaxy Tab S6 Lite sports a complete glass and metal build. The overall design aesthetics of this device look modern, and thanks to the aluminum construction, it can easily sustain rough usage. Tab S6 Lite features a 10.4 inches TFT panel with a resolution of 1200 x 2000 pixels and an aspect ratio of 5:3.

Similar to the Tab S6 Lite, the 10.2-Inch iPad also has a complete metal and glass construction. As far as the display is concerned, the 7th generation iPad sports a 10.2 inches IPS LCD display with a resolution of 1620 x 2160 pixels and an aspect ratio of 4:3.

We can say that both these tablets are ideal for media consumption and getting work done. However, in comparison to the iPad, Tab S6 Lite looks a bit modern. On the other hand, despite having a non-laminated screen the display quality of the iPad is somewhat better.

The Galaxy Tab S6 Lite is powered by the Exynos 9611 mid-range processor. It is worth noting that, the exact same processor also powers Samsung’s popular mid-range smartphone namely the Samsung Galaxy A51. This processor can effortlessly handle regular day to day tasks. However, the Mali-G72 MP3 GPU on this tablet is not ideal for long gaming sessions.

Galaxy Tab S6 Lite comes with 4GB of RAM coupled with either 64GB or 128GB internal. Unlike the iPad, the storage on the Samsung tablet can be expanded using an external SDCard. 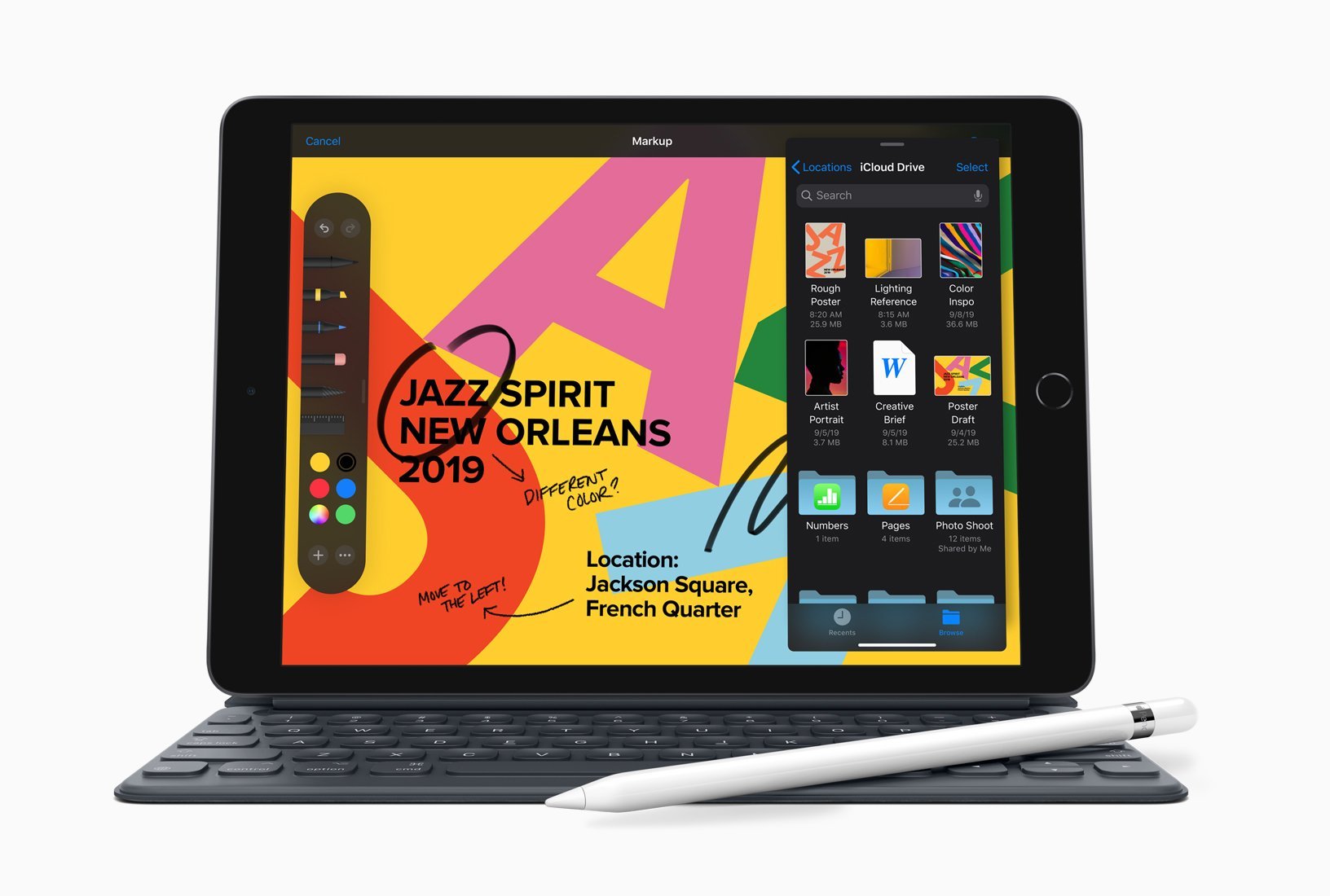 On the other hand, the 7th Generation iPads is powered by the A10 Fusion processor. Although, A10 Fusion is a three generations-old processor it still performs well as per 2020 standards. This iPad comes with 3GB of RAM and 32GB and 128GB storage options.

If performance is on top of your priority list then we would highly advise you to opt for the iPad 10.2. Yes, you are right the processor on the iPad is three years old. That said, we can’t ignore the fact that Apple heavily optimizes its operating system to run flawlessly even on older hardware. Consequently, 10.2-inch iPad performs better than the Samsung Galaxy Tab S6 Lite.

Lastly, we would highly advise our readers to opt for the 128GB storage variant of the iPad as 32GB can easily get filled up quickly.

Samsung Galaxy Tab S6 Lite runs on Android 10 out of the box and on top of Android, Samsung has included its own One UI 2 custom skin. As far as the camera is concerned, this Android tablet packs an 8MP primary sensor. Additionally, there’s a 5MP front-facing camera on this tablet. Tab S6 Lite is backed up by a 7040 mAh battery. 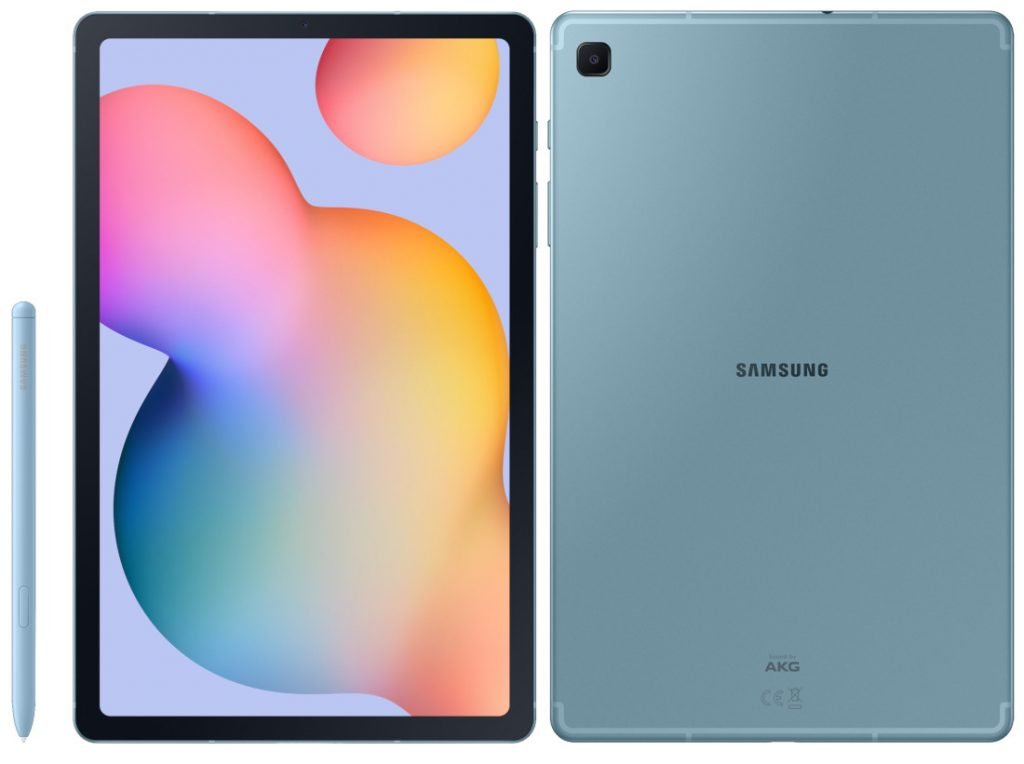 iPad 10.2-Inch runs on Apple’s new iPadOS. This operating system is dedicated to iPads and helps your tablet to act as a laptop replacement. There’s an 8 MP, f/2.4 primary camera on this iPad and it’s accompanied by a 1.2MP front-facing camera. iPad 10.2 has a slightly bigger Li-Po 8827 mAh battery.

Operating systems on Android tablets still feel like blown-up versions of smartphone operating systems. On the other hand, Apple offers countless features that are exclusively available on iPadOS. No one uses the camera on a tablet for capturing day to day photos but both these devices pack capable camera setups that are perfect for scanning documents and attending video calls. 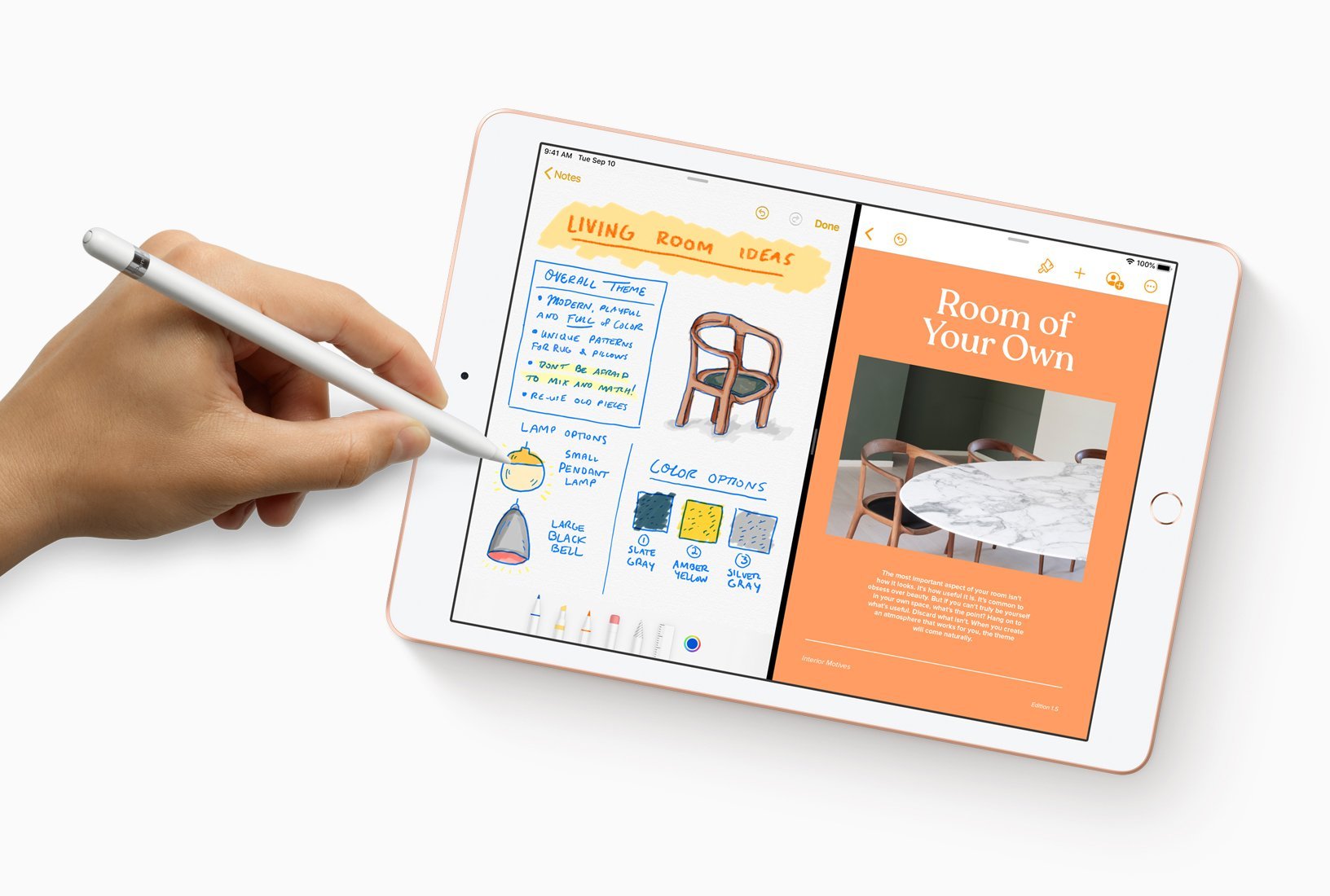 There’s no denial in the fact that native and third-party accessories can elevate your tablet user experience. We advise our readers to invest in a good keyboard and stylus to use their tablets to their full potential. Surprisingly, Samsung packs its native S-Pen in the box of Tab S6 Lite, on the other hand, you have to separately purchase the 1st generation Apple Pencil for Rs. 8,500.

If you genuinely want to get work done and are very well invested in Apple’s ecosystem then we would advise you to opt for the 10.2-inch iPad. While Tab S6 Lite is a perfect device for media consumption. We strongly advise you to make the purchasing decision based on your personal requirements and work needs.