Netflix is one of the most popular content streaming services in India. Lately, Netflix has been testing a mobile-only subscription plan to reach more users in the potentially valuable market of India. Well, the company has finally launched this plan in India and it’s targeted towards first time Netflix users.

So here’s everything you need to know about the affordable Rs.199 mobile-only Netflix plan.

India is an emerging smartphone market and it’s growing at a very rapid pace. With smartphones comes streaming and shopping services like Spotify, Netflix, Amazon, and many more. Major service providers have started focusing on India as an emerging market.

Well, this time around Netflix has officially launched its first mobile-only plan in India. Before the advent of this plan, Netflix offered the basic, standard and premium plans that were available for Rs. 499, Rs. 649 and Rs. 799 respectively to the Indian users.

This mobile-only plan from Netflix will allow you to watch content on mobile and tablets. It is worth noting that, you can stream content on only one device at a time. Furthermore content through this plan will be available in SD (480p) quality. Moreover, this plan won’t allow users to cast or mirrior content to bigger displays. Fortunately, this plan allows users to download content for offline viewing.

“Our members in India watch more on their mobiles than members anywhere else in the world- and they love to download our shows and films. We believe this new plan will make Netflix even more accessible and better suit people who like to watch on their smartphones and tablets—both on the go and at home.”

As you might have guessed this plan doesn’t allow family or any other kind of sharing. Netflix has also stated that it has weekly subscription plans in works.

Follow Us on Instagram for awesome tech stuff. Also, Join our Telegram Group and connect directly with Admin.
Source
LaPatilla(Image) 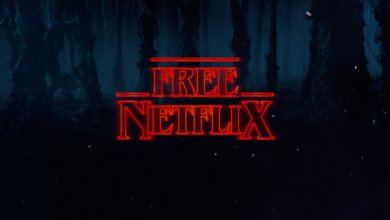 Win Free Netflix Subscription For 83 Years By Playing A Game!