On July 29th, we started a new category at PaidFreeDroid that is Tech Questions & Answers. From 2013, we are focusing each and every topic about technology but at some points, it is lacking. We think it is important for someone who wants to learn about technology to be able to find accurate information online. Today, that’s a big problem because so many Tech Questions are asked online and get the wrong answers or out-dated answers. It’s unfortunate, but out-dated information leads to misconceptions about a particular tech topic.

So, From now onwards we will be answering technology related question asked by you.

Below tech questions were asked on our Instagram Page.

Yes, you can buy POCO F1 for long time usage. Long time usage also depends on how you use your phone, every other person has different way of usage. According to us, for average normal user, it can be used for 2-3 years.

In terms of camera performance, both front and rear cameras are great as we told on our Poco F1 Flash Review.

SSD stands for Solid State Drive. SSD is a type of mass storage device similar to a hard disk drive (HDD). It supports reading and writing data and maintains stored data in a permanent state even without power. SSDs do not have any moving parts, instead of storing data on magnetic platters, SSDs store data using flash memory. SSDs can access data faster than HDDs.

3) How to disable navigation bar in Poco F1?

4) Can this screen bleeding issue on Poco F1 can be solved?

Not all, but some of users faced screen bleeding issue on Poco F1, there is possible reason that their device is defective. In such case, you need to visit Xiaomi Service Center and get it repaired for free from there for free.

5) What are your views about iPhone XS, XS Max, XR?

According to me, Apple is losing its way in India. Keeping iPhones at such a high price in India which is a price-conscious country. No matter these new iPhones will have great sale outside India, but this time India iPhones sale will be very low.

5) When fortnite mobile is going to launch?

Fornite mobile is already launched but its availability is very limited. It is only available for high-end smartphones like Galaxy S9+, all iPhones models, etc.

Check out this post to know how to install fortnite on your android smartphone if you are eligible.

According to us, you should wait for OnePlus 6T which is launching in October this year. After OnePlus 6T launch, we can say anything between OnePlus 6 and 6T.

7) Does upcoming phones with good processors in budget like Poco F1?

Yes, Poco F1 and Honor Play have completely disrupted the Indian smartphone market in budget segment. Many companies are already planning to bring great configuration with a budget price.

8) In WC15 use of some chip on batsman bat to measure speed of bat. Which company provides that and give info?

The bat sensor used is Curie which is made by Intel. The Intel Curie-powered bat sensor is designed to sit on top of a cricket bat and measure a number of parameters associated with swinging the bat and hitting the ball. These measurements include the tie to impact, bat speed at impact, maximum bat speed, follow-through angle, backlift angle and impact angle. The sensor cost around Rs.10,000 in India.

9) About next move or next stage tech in phone and network?

Year 2018, was all about bezel-less displays and dual camera technology. In next upcoming year i.e. 2019 and 2020, Foldable smartphones will be next move by companies. About network, 5G will start coming to smartphones from 2020.

Yes, Realme 2 at Rs.8,990 is worth. At this price, it offers a great design, notch display and good performance compared to its competition.

OnePlus 6T is not yet launched but it is expected to come with 3 Rear Cameras. On the other hand, Galaxy A8 has an overall good camera.

12) What is eSIM announced by Apple?

An eSIM is an electronic SIM card or embedded SIM Card. As the name suggests, it will replace the physical, plastic SIM card all current smartphones use with a virtual embedded equivalent that cannot be removed.

More Details Already Given About eSIM on PaidFreeDroid App

Yes, Poco F1 is the best value for money smartphone at around Rs.20000.

16) What is difference between iPhone X and iPhone XS, is it worth buying?

The major difference you will first see is the Gold colour variant of iPhone XS. Other internal differences are A12 Bionic Chip, Battery improvements.

If you already have iPhone X, then it not worth upgrading to iPhone XS.

If you are planning to buy iPhone XS do note that its price starts Rs. 99,990 in India whereas iPhone X is still available to buy, prices are already reduced and it can be a good deal right now.

18) If tax on iPhone was not more and iPhone and OnePlus was the same price which one would you prefer?

First of all, without custom duties and taxes, still iPhone prices will be Rs. 60000+ which is not comparable with OnePlus’s smartphone price.

There is no comparison between iPhone and OnePlus smartphones, as both are full different smartphones.

We personally liked Mi 8 SE when compared with Vivo V11 but Mi 8 SE is not available to buy in India.

20) Do you think they should have given 4GB and 6GB variants of Redmi Note 6 Pro?

The smartphone is not launched in India. The leaks are still not verfied. So as of now, we will suggest you to wait for official India launch for confirmation.

Both smartphone come with Notch Display.

Redmi Note 5 Pro has already rolled out. Go to settings and check manually for update.

The T-Mobile G1, also known as HTC Dream was the first Android Phone, released in 2008.

No, realme has lot to go. They are new in Indian smartphone market and they are improving a lot.

MI is far ahead in the race. They have already established a huge market in India and still growing.

We will recommned Galaxy S9 Plus.

Mi Max 3 is expected to launch in last week of October.

According to top researches, these changes are expected in 2020;

29) What is liquid cooling system in Phones?

Liquid cooling is the reduction of heat in electronic and mechanical devices through exploiting the properties of liquids.

It is used to reduce the temperature of its hardware, specifically the CPU and GPU. Liquid is more efficient than gas at conducting thermal energy, so liquid cooled machines maintain desired operating temperatures better than their air cooled counterparts.

31) In Camera which is most important function, megapixel or other?

33) What about PUBG Galaxy S9 Giveaway?

PUBG is hosting this Galaxy S9 Giveaway officially from September 17 to September 30.

It is expected that Samsung Galaxy F series smartphones will be Samsung’s first foldable smartphones.

Samsung is hosting an event on October 11, where it is expected that Samsung will show prototype of Galaxy F smartphone.

According to us, Galaxy Note 9.

36) Which phone has deca-core processor and is it good?

Lenovo K8 Note, InFocus EPIC 1, etc. are some of the deca-core smartphones which were launched earlier but none of them performed well in the market.

38) Which is Best Android Smartphone?

But, we will recommend you to spend 1k more and get PocoF1. 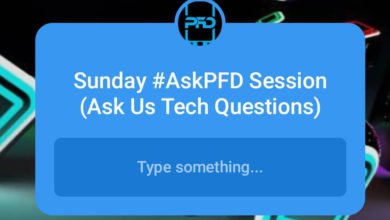 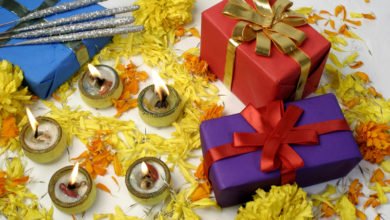 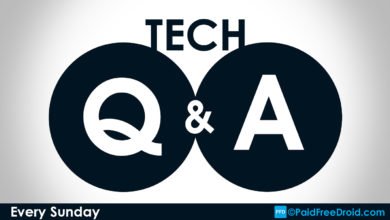 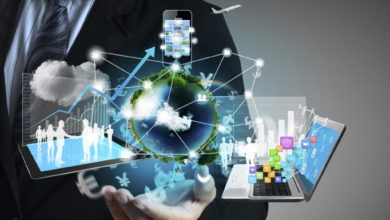