Xiaomi Redmi Y1 and Redmi Y1 Lite have been launched in India as first self-focused smartphones in company’s range of smartphone series “Y”. Xiaomi says that the Y stands for Young, Youth and You as series is targeted at the youth of the nation.

Top Highlights of Smartphone: Redmi Y1 features a 16-megapixel front camera with a LED selfie light. Alongside the phones, Xiaomi also announced the availability of the MIUI 9 Global ROM – early November for Redmi Note 4, Mi MIX 2, and Mi Max 2, with other smartphones set to get it by end of the month.

Xiaomi Redmi Y1 price in India is Rs. 8,999 for the variant with 32GB storage and 3GB RAM. There’s another variant of the phone, with 4GB RAM and 64GB storage, priced at Rs. 10,999. As for the Redmi Y1 Lite, the phone comes in only one configuration with 2GB RAM and 16GB internal storage, and is priced at Rs. 6,999. Both handsets will be available via Amazon India, and will go on sale via Amazon and Mi.com on November 8. After that, the handsets will be available via offline stores as well. 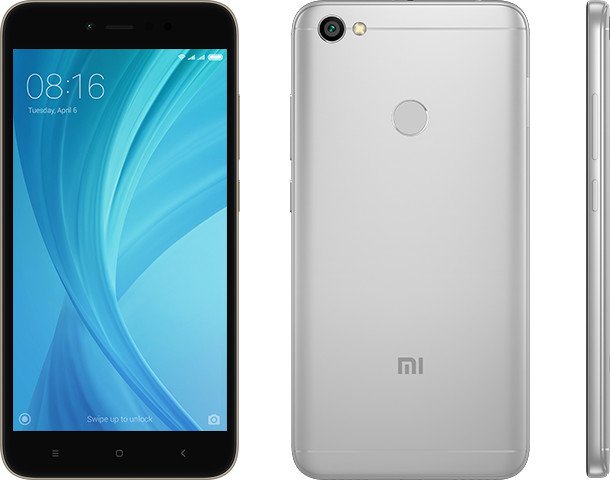 The Xiaomi Redmi Y1’s biggest highlight, as we mentioned, is its 16-megapixel front camera. This comes with and LED selfie-light, for better selfies in low light conditions. The company is also touting the Beautify 3.0 feature on it, which helps beautify selfie photos. It bears a fingerprint sensor on the rear panel. The new phone has been launched in Gold and Dark Grey colour variants.

The dual-SIM Xiaomi Redmi Y1 runs MIUI 9, and sports a 5.5-inch HD (720×1280 pixels) display with Corning Gorilla Glass. It is powered by an octa-core Snapdragon 435 SoC, coupled with 3GB of RAM. The smartphone bears a 13-megapixel camera with PDAF and dual-LED flash.

There is 32GB of inbuilt storage on the Xiaomi Redmi Y1, which is expandable via microSD card (up to 128GB) with its own dedicated card slot. It has standard connectivity options, including 4G VoLTE. It is powered by a 3080mAh battery. It weighs 153 grams, and measures 153×76.2×7.7mm

Coming to the Redmi Y1 Lite, the phone has a 5.5-inch HD screen, MIUI 9 software, and 1.4GHz quad-core Snapdragon 425 processor. This dual Nano SIM phone has a dedicated microSD card slot and supports storage expansion up to 128GB. The resolution for the rear camera is 13-megapixel, with LED flash and PDAF, while the front camera has a 5-megapixel sensor. Its battery capacity is 3080mAh, and it features an IR blaster as well.

Had this been a smartphone by any other company, it is entirely possible it would get lost in the sea of other similarly spec’d phones. However, this isn’t just another phone. It is a smartphone made by Xiaomi, a brand that is deeply loved by the Indian consumers. After many years, Xiaomi is finally making available a device that is solely targeted at those consumers for whom, the primary purpose of a smartphone is to take a selfie. In the price bracket, Xiaomi is also offering a fingerprint sensor, and despite the otherwise average specification sheet, is a perk everyone can grow to appreciate. We feel that the battery life on the MIUI 9 running Xiaomi Redmi Y1 should be moderately impressive, which if true, could catapult the Y1 into the category of one of the top-selling smartphones.