The new Jio Dhan Dhana Dhan Offer pack at Rs. 399 is the latest offering from the disruptive operator to offer its customers bundled data, free calls and more services at low prices. Seeing this, Vodafone, Idea and Aircel had launched similar plans with 84GB data and 84 day validity. Now, Airtel has joined the fray with the Rs. 399 plan offering 1GB data per day and bundled calls for 84 days. Notably, Airtel has clarified that the new prepaid plan offer is applicable only on 4G SIMs and cannot be clubbed with any other plan offered by the company.

With the new Rs. 399 plan, Airtel claims to offer unlimited local and STD calls, along with the above-mentioned 84GB data. However, the terms and conditions on the Airtel website suggest that post 1,000 minutes (Local/STD on Mobile/Landline) of usage in a week, customers will be charged Rs. 0.10 per minute (Airtel to Airtel Network Calls) and Rs. 0.30 per minute (other Network Calls) post the consumption for rest of the 7 day period.

This means that if a customer has consumed the free call time offered with the plan before the week ends, they will then have to pay for the calls at the aforementioned rate. As you might have noticed by now, the new Airtel plan seems to share similarities with Reliance Jio’s plan, which was unveiled last month and offers same benefits as the Airtel plan. Vodafone is offering similar data and calling benefits to students at Rs. 352, Idea to all consumers at Rs. 453, and Aircel at Rs. 348; notably, the Idea and Aircel plans have the data capped to 3G speeds. has also introduced a similar plan post the initial announcement by Reliance Jio.

Airtel has also announced that the unused data from its Big Bytes scheme with up to 1000GB free data can be carried over to the next month till March 2018, which will essentially be the end of the year cycle. Airtel Broadband Big Byte Offer, which was launched back in June, offers up to 1000GB of high-speed data to its broadband users. 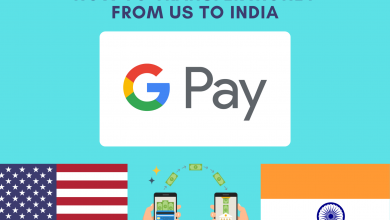