Nokia 8 is on the top of everyone’s minds now that the Nokia 3, Nokia 5 and Nokia 6 release plans are out of the way. Considered the true Nokia flagship after the mid-range budget handsets unveiled so far, the Nokia 8 and its specifications have been leaked multiple times over the past few weeks. Now, press renders of the smartphone have been outed, giving away the Nokia 8 design details with Carl Zeiss optics and dual camera setup. This leak comes a day after a report pegged July 31 as the launch date for the smartphone. 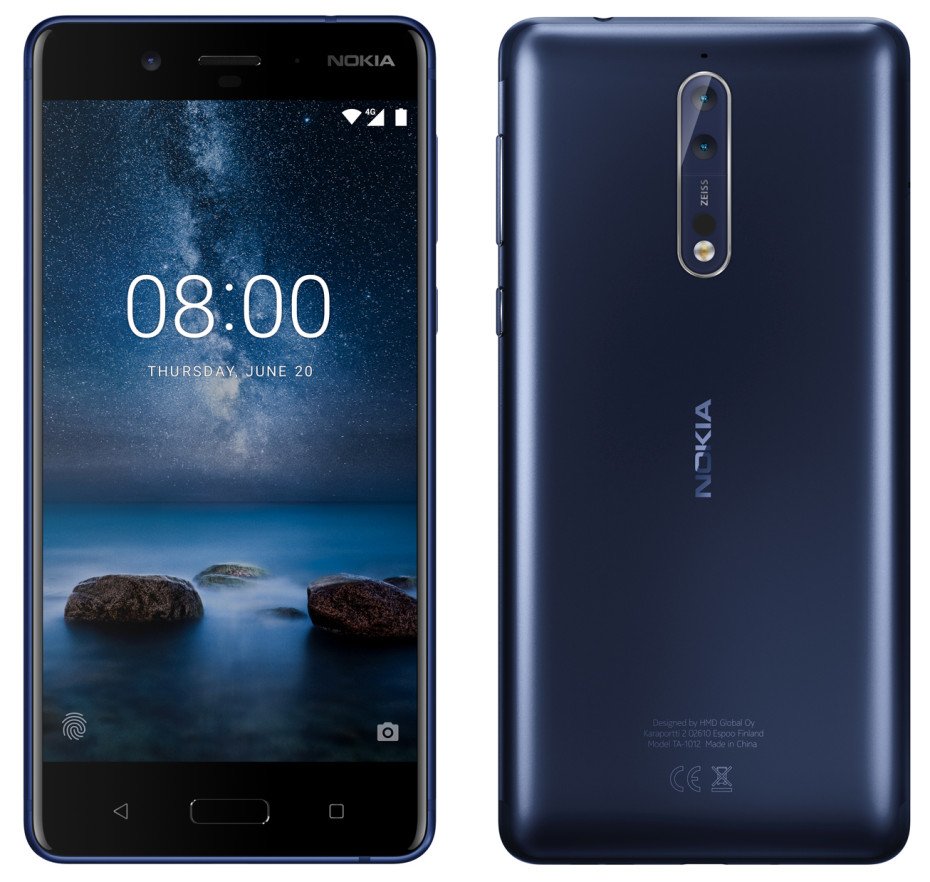 Tipster extraordinaire Evan Blass (aka @evleaks) has posted a press render of the Nokia 8 flagship showing the device from the front and back. A Blue colour variant is seen sporting a metal body and a vertical dual camera setup at the back. The lenses are Zeiss branded, making this the first smartphone to be leaked with this after the announcement of HMD Global and Zeiss partnership earlier this month. @evleaks also leaked the dual camera module separately showing two camera lenses, a flash at the bottom, and an extra hole presumed to be for laser autofocus. However, that’s just speculation and the fourth hole could be for something entirely different.

There’s a Home Button in the front with hardware capacitive keys on either side for navigation. The volume and power keys both are seen situated on the right edge of the device, while the 3.5mm audio jack is seen sitting on the top edge.

The Nokia 8 is tipped to run on Android 7.1 Nougat and sport a 5.3-inch QHD display. It is expected to be powered by the Snapdragon 835 processor. Nokia 8 may launch with 4GB RAM and 64GB storage initially, though the rumoured 6GB RAM and 8GB RAM variant may see the light of the day a little bit later. Two 13-megapixel rear lenses from Carl Zeiss are a possibility, and a 13-megapixel front camera is expected as well. The dimensions are tipped to be at 151.55×73.7mm.

Furthermore, the Nokia 8 is largely expected to be priced at EUR 589 (roughly Rs. 43,400). Lastly, at launch, the Nokia 8 will be available in four colour options – Blue, Steel, Gold/Blue, and Gold/Copper.