In its latest tweet, Moto shared a YouTube link where the June 8 launch event will be live streamed. The event is scheduled to begin at 12.00pm IST and you can watch the event live right here The Moto Z2 Play was launched in the US last week, and is arriving to the Indian market just one week after. To recall, Lenovo launched Moto Z2 Play at $499 (roughly Rs. 32,200) in the US.

Ahead of launch, Lenovo has listed a bunch of offers that are also coming at launch. Interested customers will be able to pay Rs. 2,000 and then pay the rest of the amount for Moto Z2 Play over 10 months with 0 percent interest. Notably, Lenovo will also offer Moto Armor pack, which includes protective accessories for the smartphone, as part of pre-booking offer to the customers. Lenovo has also mentioned that it has “great pre-booking offers” in terms of Moto Mods for potential customers but didn’t specify what exactly these offers are. The company will expectedly announce these details and more at the Thursday event.

Just like its predecessor, Moto Z2 Play also comes with support for Moto Mods thanks to the connecting pins at the back of the phone. The rear camera comes with a round bump ring, and the fingerprint scanner on the Moto Z2 Play is embedded in the Home Button in the front, which now has a slightly circular shape. Notably, the phone comes with a battery capacity of 3000mAh, which is a downgrade in terms of capacity when compared with its predecessor.

Coming to the specifications, the Moto Z2 Play runs Android 7.1.1 Nougat and sports a 5.5-inch full-HD (1080×1920 pixels) Super AMOLED display with Corning Gorilla Glass 3 protection. The smartphone is powered by a 2.2GHz Snapdragon 626 octa-core processor paired with either of the two options – 3GB RAM/ 32GB storage and 4GB RAM/ 64GB storage. There is support for expandable storage with a microSD card slot for further expansion of storage (up to 2TB).

In terms of optics, the Moto Z2 Play sports a 12-megapixel rear camera with a 1.4-micron pixel sensor, an aperture of f/1.7, a colour correlated temperature (CCT) dual-LED flash, as well as laser and dual autofocus lens (laser autofocus with expanded range up to 5 metres and 3 million dual autofocus pixels), At the front, there is a 5-megapixel selfie camera with an f/2.2 aperture, wide-angle lens, and a dual-LED CCT flash.

Moto E7 Plus With Snapdragon 460 Processor Announced: Pricing And Specifications 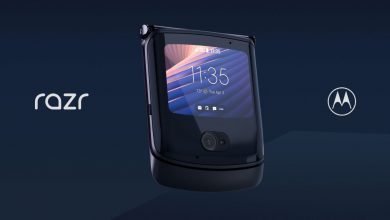 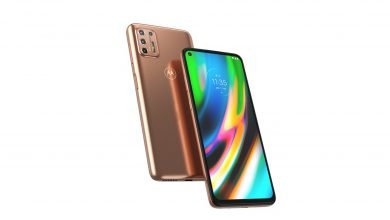