Buying your first Smartphone or the one under 7,000? Then it can be a most difficult task for you as there are so many option under 7000 budget segment. Competition under this budget started after the entry of these brand like Motorola, Xiaomi, Lenovo, Asus, Yu & Android One. Samsung and other brands which offered phones at this price bracket suddenly found it difficult to maintain it. But like always, PaidFreeDroid is here to help you out to find the best one according to your needs. We have written the latest list of Best Phones under 7000 Rs. Read and compare the phones and choose the best one for you.

Not only hundreds of readers of ‘PaidFreeDroid’ but also from various social sites people ask us which phone they should choose among the jam-packed market. This is what enabled us to better understand the requirements and view-point of the buyers. So we are trying to make this list even easier for you by giving you appropriate information. You are always welcome to ask your queries in the comments below.

[alert variation=”alert-info”]Read First: Every phone looks promising on-paper but when it to real-world it can be different. So here, we have listed best smartphones according to real-world experience. We have considered everything, specifications, hardware, software (UI), real-world performance, user experience, brand value, after sales service and more. We see a phone as a complete package which should at the end deliver great satisfaction to the user and this list is based on that. We consider every phone from biggest to the smallest brands and give our honest opinions.[/alert]

The Xiaomi Redmi 3S comes with a 5-inch IPS LCD HD (720 x 1,280 pixels) display and has a pixel density of 294ppi. In order to drive the system, there are two quad-core processors (1.4GHz Cortex A53 + 1.1GHz Cortex A53) aided along with Adreno 505 graphics engine and 2GB of RAM. The metal handset weighs 144 grams, has a fingerprint sensor, and boots Android v6.0 (Marshmallow) operating system (MIUI 7).

The device is sports a 13MP camera with PDAF phase focusing as fast as 0.1 seconds. For selfie admirers, there is a 5MP front shooter(2.2f aperture) which takes outstanding shots. The rear camera and the front camera, both can record 1,080p videos. In terms of storage, the device houses an internal memory of 16GB which can be further expanded upto a massive 128GB via a microSD card.

The Xiaomi Redmi 3S is a marvelous handset with a massive battery backup. It is one the lowest ranged phone which supports quick charging. It is loaded with excellent snappers and you can enjoy seamless multitasking along with a beautiful display. If hybrid SIM is not an issue, then this handset is one of the best smartphones in this budget.

The Lenovo Vibe K5 features a 5.0-inch IPS LCD (720 x 1,280 pixels) HD display with a pixel density of 294ppi. Qualcomm MSM8929 Snapdragon 415 chipset controls communications between the processor and external devices, thereby plays a crucial role in determining system performance. Acting as the heart of the device, is a 1.4GHz (Cortex A53) octa-core processor for efficient workflow. The processor along with 2GB RAM and Adreno 405 graphics engine help the device to run in a smoothly. Accelerometer, Compass, Gyroscope, Light sensor and Proximity sensor provides several classes and interfaces that help to perform a wide variety of sensor-related tasks. The dual SIM handset is available in three colour variants namely gold, grey and silver.

In order to click pictures, there is a 13MP main camera with features such as Auto Flash, Continuos Shooting, Digital image stabilization, Face detection, Geo tagging, High Dynamic Range mode (HDR), ISO control, Self-timer, Smile detection, Touch to focus, White balance presets. One can record HD videos, post it to social websites or share it along with friends and relatives. There is a 5MP front camera which works well for video calling and selfies. In terms of storage, the device has an internal memory of 16GB which can further be expanded up to 32GB using a memory card.

The Lenovo Vibe K5 is basically meant for the ones who love multitasking and enjoy gaming at ease. However, a fingerprint sensor and full HD display would have been an extra treat. 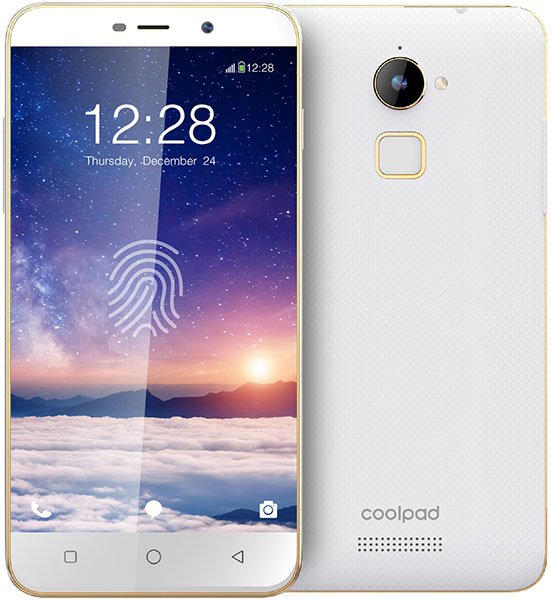 The Coolpad Note 3 Lite comes in a plastic clad body with golden accents around the edges. It sports a 5.0-inch HD IPS LCD display which leads to a pixel density of 294ppi. The phone weighs 152gms and measures 8.9mm around the waistline. The phone sports a fingerprint scanner for better security.

Under the hood, the handset is powered by a 1.3GHz quad-core processor housed on Mediatek MT6735 Chipset. The device is further boosted by 3GB RAM which works with the processor in tandem to deliver a lag free experience while multi-tasking.The Coolpad Note 3 Lite runs Cool UI 6.0 atop Android 5.0 Lollipop. The smartphone also supports various gestures that can work even when the screen is off.

The Coolpad Note 3 Lite is equipped with A 13MP Autofocus camera with digital image stabilization. The camera features LED flash which helps in clicking pictures in low light. For selfie lovers, the mobile is stacked with a 5MP front camera. For memory, the phone sports 16GB onboard storage. If thatÂs not enough, then you can top it up further up to 32GB with the help of a microSD card.

The Coolpad Note 3 Lite seems to be a phone that can give tough competition to other value for money devices. With its top of the line specs and a fingerprint scanner to woo the youth, this device has it all. Go for it of you are looking for a budget friendly multi-tasker. 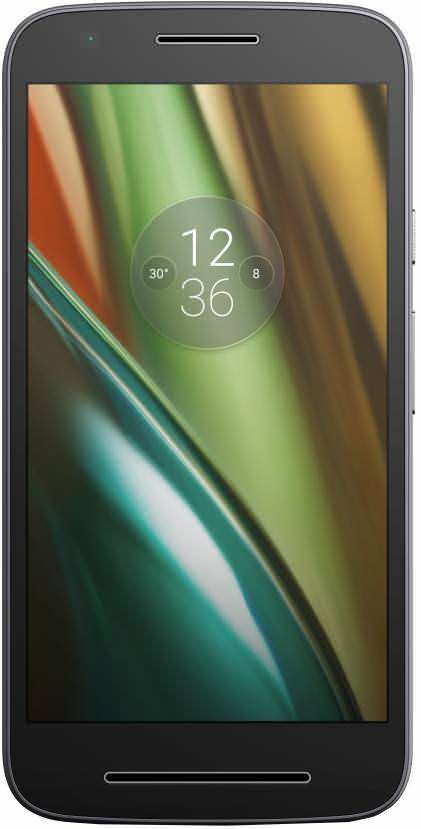 The Moto E3 Power arrives with a 5-inch display with a resolution of 720 x 1,080 pixels, commonly known as HD, translating to a pixel density of merely 294 ppi. This resolution makes the display quite disappointing in comparison to others in the same range.

At the heart of the smartphone there is a 1GHz MediaTek MT6735P processor consisting of four cores. It has been teamed up with 2GB of RAM so that you do no?t face much of lagging or interruptions while running multiple apps simultaneously or playing high end games. It runs on the recently launched Android v6.0 (Marshmallow)

The Moto E3 Power is laden with an 8MP autofocus camera and an LED flash at the rear end so that you can capture quality images and videos. On the front, there is a nice 5MP camera which apart from supporting video calls reproduces brilliant self portraits.

In addition to the 16GB onboard storage capacity of the device, the phone houses a microSD slot that can support upto 32GB of external memory.

The Moto E3 Power keeps the show running with a Li-ion battery of 3,500mAh. It also has a quick charging feature that helps you recharge your phone super fast. The connectivity and networking features spotted in the smartphone come in the form of 4G, 3G, Wi-Fi, Bluetooth v4.0, GPS and microUSB port.

The Moto E3 Power seems to be a decent enough device for people who like to opt for higher brands in a budget. The phone comes with a good pair of cameras and a large battery backup. It also has Android Marshmallow as its operating system. The clock speed of the four-cored processor is not upto the mark though.

The Lyf Water 7S comes with a 5.5-inch full HD IPS LCD screen with a display resolution of 1,080 x 1,920 pixels that results from a good density of 401 pixels per inch. The capacitive multitouch touchscreen is protected by screen protection.
The smartphone draws its power to perform from an octa-core Cortex A53 processor, that clocks a speed of 1.3GHz, and a good 3GB RAM, which makes sure that you donÂt face any glitch in the performance. This processor is laid on a chipset of MediaTek MT6753 and a GPU of Mali-T720 MP1 takes care of graphical requirements of games and other applications.

The Lyf Water 7S is fitted with a good pair of cameras. Talking about the primary camera, the 13MP lens is assisted by autofocus, LED flash, ISO control and high dynamic range mode to capture images of 4,128 x 3,096 pixels and record videos of 1,920 x 1,080 resolution at 30 frames per second. The front camera too poses to be quite competent, with a 5MP lens that takes care of all your selfie desires.
The Lyf smartphone houses a 16GB internal storage which can be further expanded upto 64GB with the help of a microSD.

Lyf, new smartphone maker, has managed to get a good grip over the buyers, owing to the good specification that it offers. In this regards, the company cannot be termed as novice anymore. Coming to this particular device, it offers a range to decent features at an affordable price tag. So if you are looking to buy a new smartphone, try out this one, it has the best compatibility with the much demanded voice over LTE.

Please like and share this post if you find it useful. Feel free to ask your questions related to buying smartphones. A prompt reply awaits you.

Top 10 Most Popular Smartphones in the World: Q1 2020 Report

By May-end, 4 crore Indians will be without mobile phones

Moto Smartphones Anniversary Sale on Flipkart From February 20 to 21