Samsung is turning into a real ‘explosive’ company. First it had to recall a million phones because of faulty batteries that were exploding or catching fire all across the globe & now it’s washing machines are blowing up too (and those don’t even come with batteries). To be fair though, not a single explosive incident has been reported since 2011. A woman from Texas said that her washer “exploded with such ferocity that it penetrated the interior wall of her garage.” She said it was like the sound of a bomb. The issue is believed to have been caused by “abnormal vibrations.”

Samsung is in active discussions with the U.S. Consumer Product Safety Commission (CPSC) & in the meantime it’s recommending that customers just use a delicate cycle when dealing with bulky items. Meanwhile, a suit filed in New Jersey claims that Samsung has actively worked to destroy evidence of the defective machines. 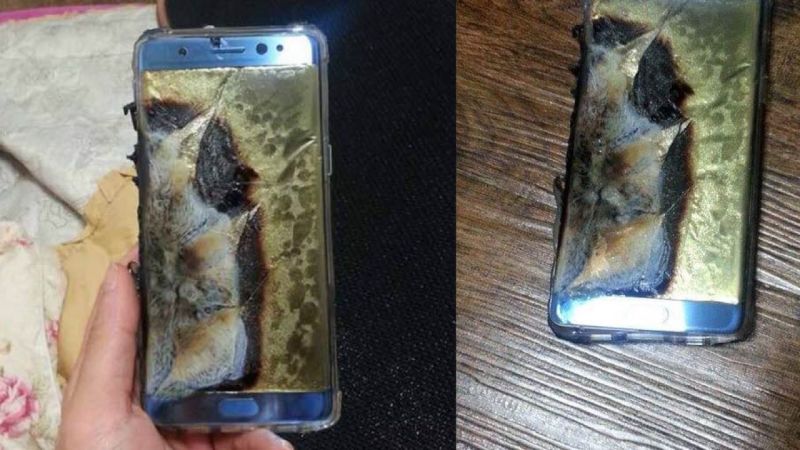 Meanwhile when washing machines are exploding, a supplier has said that Samsung has “temporarily suspended” production of the ‘explosive’ Galaxy Note 7. The official said that the halt is in cooperation with consumer safety regulators from South Korea, the US & China. He said, “This measure includes a Samsung plant in Vietnam that is responsible for global shipments (of the phone).” As per the latest news, even the new replacement models have experiencing battery fires. All 4 US carriers have suspended sales of the phone.

[pfdnote note_color=”#FEEFB3″ text_color=”#9F6000″]So it’s our recommendation that you don’t buy a Galaxy Note 7. Return yours for an exchange or refund if you can, and buy another great Android phone instead. (Comment Below For Suggestions.)[/pfdnote] Visit our website daily for latest tech news. Follow Us on Instagram for awesome tech stuff. Also, Join our Telegram Group and connect directly with Admin.
Tags
Galaxy Note 7 Samsung Washing Machine