On Tuesday (August 3rd, 2016), Samsung launches the new Galaxy Note 7 smartphone at its Galaxy Note Unpacked 2016 event, held simultaneously in New York, London, and Rio de Janeiro. The Galaxy Note 7 will be available starting on August 19, and will be offered in Blue Coral, Gold Platinum, Silver Titanium and Black Onyx.

The Samsung Galaxy Note 7 is exactly what we expected it to be & more. True to his history, it comes with a large display has an upgraded, more sensitive, waterproof S Pen stylus & even comes with an iris scanner. The iris scanner can scan your eye automatically using the phones proximity sensor & camera when the phone is around 30 cms away from the user’s face. It can store any kind of content into a new secure folder on the phone. The phone also has a fingerprint sensor, but in an age where hackers can easily create fingerprint moulds to fool scanners, the iris scanner will sure come in handy. That being said, iris scanners aren’t completely fool-proof.

Watch this to see it in action:

The Android 6.0.1 Marshmallow-based Galaxy Note 7 sports ‘Dual Pixel’ 12-megapixel OIS (optical image stabilisation) with an f/1.7 aperture and dual-LED flash. There is a 5-megapixel front camera which also boasts of an f/1.7 aperture. The dual-pixel sensor technology on the Galaxy Note 7 with wide aperture enables it to quickly focus, so that it can click sharp images even in low-light conditions.

The Galaxy Note 7 packs a 3500mAh battery with fast charging support on wired as well as wireless. Samsung says the wireless charging is compatible with WPC and PMA. Connectivity options include Bluetooth, 4.2, Wi-Fi 802.11 a/b/g/n/ac (2.4/5GHz), GPS/ A-GPS, Glonass, 3G, and USB Type-C. The smartphone also supports LTE and is compatible with LTE Cat.12, LTE Cat.10, and LTE Cat.9. The LTE compatibility may differ by markets and mobile operators. The smartphone also supports the Samsung Pay system, with both NFC and MST support. 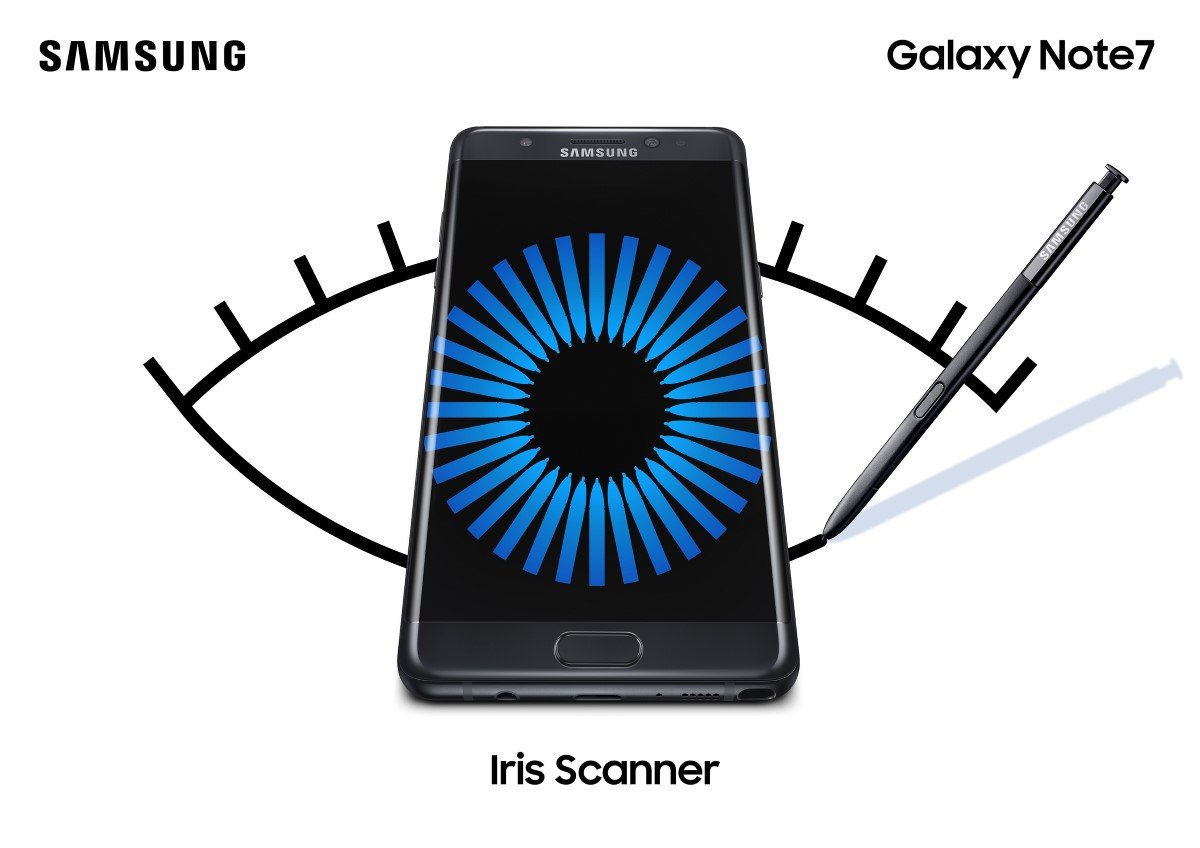 The new Galaxy Note 7 also comes with an upgraded S Pen which is now dust and water resistant with IP68 certification. Some of the new features of the S Pen are creating gif image animations with Smart Select, and new Air Command functions for magnify and translate. The new S Pen has a tip which is 0.7mm smaller than its predecessor and the company claims it has improved pressure sensitivity.