Reliance is continuing its streak of launching the Lyf smartphones, and hence in this league it has launched two smartphones Lyf Flame 8 and Wind 3. Both the devices are 4G enabled and are exclusively available on Flipkart.

Now, time for specifications- Lyf Flame 8 has 4.5 inch FWVGA dispaly with 480*854 resolution and is powered by 1.1 GHz quad core Qualcomm Snapdragon 210 processor. It also consists of 1 GB RAM and 8 GB of internal storage, which is expandable through SD card. It also supports an 8 MP rear camera with LED flash and a 5 MP front facing camera. It is a 4G phone hence supports the connectivity of LTE, 3G, Wi-Fi, Bluetooth and GPS. It comes with a battery backup of 2,000 mAh. Price tag of this smart device comes in range and is just Rs 4,199.

And next come Lyf Wind 3, this smartphone comes with a price tag of Rs 6,999. The touch of phone is 5.5 inch HD display with a 720*1280 pixel resolution. It is powered with a 1.2 GHz Quad core 64-bit Qualcomm Snapdragon 410 processor. Storage of device comprises of 2GB RAM and 16GB internal storage which could be expanded up to 32 GB through SD card. It also consists of 8MP primary camera with LED flash and a 2 MP front facing camera. Since both the phones are on 4G platform hence connectivity is LTE, 3G, Wi-Fi, Bluetooth,GPS. Battery powers the set with a 2,920 mAh power.

Hence, Reliance in its golden era continuing the hierarchy of phone launch, around every weak. So, it is amazing to watch the competition being created in market by this strategy of Reliance.

Jio 5G Solution Announced: Everything You Need To Know 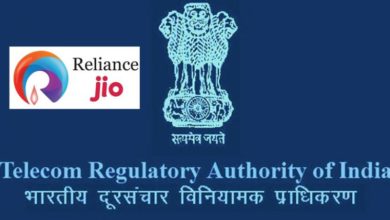