Facebook recently tried to stop Adblockers by launching ‘unblockable’ ads on August 10, 2016. However, Adblockers have already gone past FB’s feeble system. A disappointed Facebook said that the ads also block posts from friends & pages saying that “it isn’t a good experience for people”.

Facebook needs ads to survive (that’s why it’s Free) but they can’t change their code every few days to outwit Adblockers. Facebook first tried to remove a code which explicitly identified ads which would be shown as regular Facebook posts with & the words “sponsored” written in a corner.

What is Adblock Plus?

In 2011, AdBlock Plus and Eyeo attracted considerable controversy from its users when it introduced an “Acceptable Ads” program to allow “certain non-intrusive ads” (such as Google AdWords) to be allowed under the extension’s default settings. While participation in the whitelisting process is free for small websites, large advertising companies are required to pay a fee. Because whitelisting was enabled by default for AdBlock Plus users, developers have launched competing adblockers such as uBlock which do not have Acceptable Ads programs.

Adblock Plus said, “This sort of back-and-forth battle between the open-source ad-blocking community & circumvents has been going on since ad blocking was invented.” Facebook justified their ads by saying that they were based on user’s preferences, but then there’s the issue of privacy too where Facebook shows users ads based on their search history. 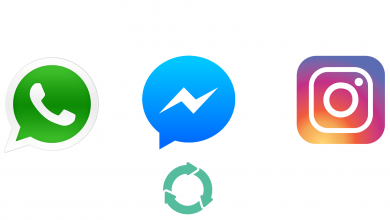