NASA’s Hubble Space Telescope took captured a massive aurora at Jupiter’s north pole, just a few days before spacecraft Juno was scheduled to arrive. The linked video was created by merging many images from Hubble. It incorporates Hubble’s far-UV images merged onto a photograph from a different time. Hubble imaged the Aurora in the ultraviolet part of the spectrum, a frequency outside of what we can see. The image is a false colour image representing the ultraviolet imagery in a colour we can actually see.

About Aurora:
An aurora, sometimes referred to as a polar light, is a natural light display in the sky, predominantly seen in the high latitude (Arctic and Antarctic) regions. Auroras are produced when the magnetosphere is sufficiently disturbed by the solar wind that the trajectories of charged particles in both solar wind and magnetospheric plasma, mainly in the form of electrons and protons, precipitate them into the upper atmosphere (thermosphere/exosphere), where their energy is lost. The resulting ionization and excitation of atmospheric constituents emits light of varying colour and complexity. The form of the aurora, occurring within bands around both polar regions, is also dependent on the amount of acceleration imparted to the precipitating particles. Precipitating protons generally produce optical emissions as incident hydrogen atoms after gaining electrons from the atmosphere. 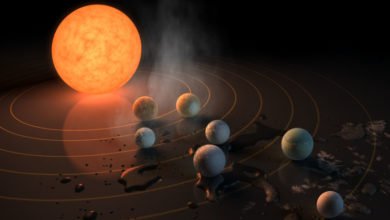 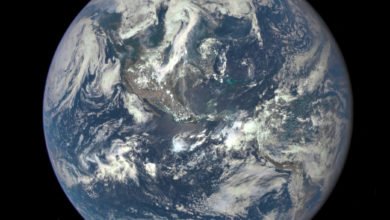 Earth Viewed from a Satellite; Video By NASA 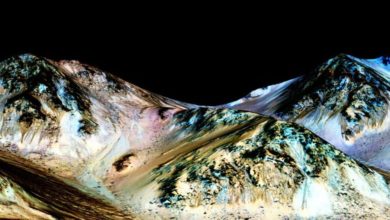