An Internet speed testing tool will be launched by Google. It will introduce a new search tool to test your internet speed.

According to The Next Web, “Google wants to create its own way of testing user’s internet speed. This comes at a time when Netflix has announced its own speed test tool called Fast.”

The new upcoming search feature was first spotted by Peter Meyers and the tests seem to be performed by Google’s Measurement Lab tools. The feature is not available for test as yet but Meyers has posted a picture which shows the feature transfers less than 40 MB data.

On other hand, Microsoft’s Bing search engine has its own built-in tool internet speed test tool. Google building its own means little or no reliance on Ookla going forward. 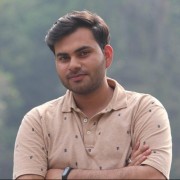 Content-Writer at PaidFreeDroid. Prashant is technology lover with a Bachelor Degree in Information Technology. He is a fun loving guy, passionate about Technology. He loves music, biking & travelling.