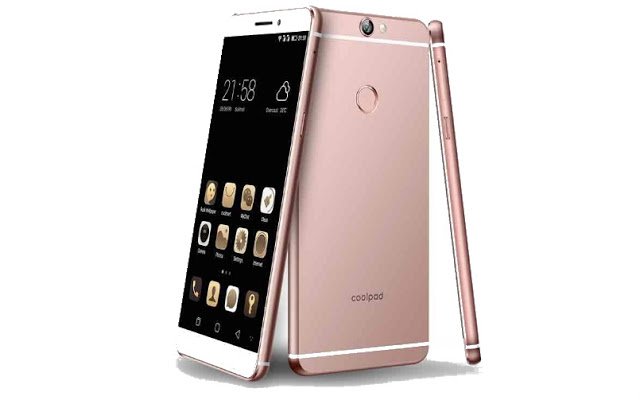 The smartphone runs Android 5.1 Lollipop overlaid with the company’s CoolUI 8.0. The smartphone has dual-SIM dual-standby capabilities which means that the user could use both the SIM cards at the same time. It is available in Rose Gold and Royal Gold colours.

Apart from having dual-SIM and dual standby support, the smartphone also offers a ‘Dual in One’ system. It sports a separate external system and a secure internal system for encryption of the user’s calls and texts. The internal system can be used to download ‘fully secure’ apps.

The Coolpad Max also features a Dual Space system that enables users to have two accounts of WhatsApp, Facebook, Messenger, and other apps on the same phone. The smartphone also bears a fingerprint sensor on the back panel that is claimed to work with wet fingers as well.

Talking about the specifications, the Coolpad Max has a 5.5-inch full-HD (1080×1920 pixels) display with pixel density of 401ppi, Corning Gorilla Glass 4. It is powered by the 64-bit 1.5GHz octa-core Snapdragon 617 SoC – an upgrade over the Snapdragon 615 on the China variant.

While the smartphone is available in several memory and storage variants in China, it has been launched  in its 4GB of RAM/ 64GB storage variant in India. The smartphone comes with a hybrid SIM slot, which means the second SIM card slot that it can be used as a microSD slot (up to 64GB) to expand storage further.

Coming to the camera, it sports a 13-megapixel rear camera with an Isocell sensor, f/2.0 aperture, phase detection autofocus (PDAF) and dual-tone LED flash. It also bears a 5-megapixel front facing camera with f/2.2 aperture. It supports 4G LTE connectivity and other basics like Wi-Fi and Bluetooth. It is backed by a 2800mAh non-removable battery, which the company claims can last up to 310 hours of standby time and up to 17 hours of talk time. Coolpad further claims that the smartphone has the coveted Quick Charge 3.0 feature that in 5 minutes can provide up to 3 hours of talk time.