Here’s the Twitter post that confirms it, “Just received the CTS approval for Cyanogen OS 12.1 for #YUPHORIA. Roll out begins tonight. Your device. Your OS.@YUplaygod.” 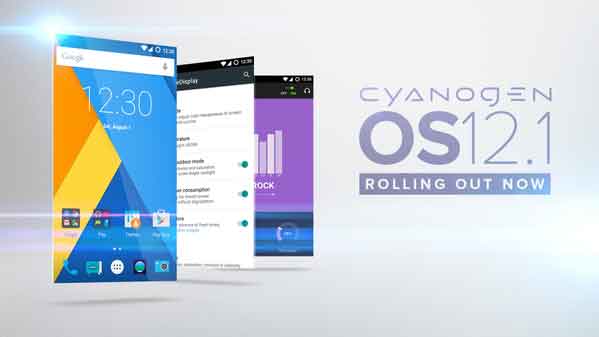 The new Cyanogen OS 12.1 update for Yuphoria is based on Android 5.1.1 Lollipop. It has a redesigned launcher with new app drawer and folders for easy one-handed use. The LiveDisplay feature would now automatically adjust the screen based on environmental conditions. The update also introduces integration of Calendar with Boxer email. Besides the inclusion of more playback support with more audio and video codecs, the Cyanogen OS 12.1 will also include a new AudioFX app. The update will arrive with build YOG4PAS47N.

Previously, OnePlus One users started receiving the Cyanogen OS 12.1 update in September this year. The update is said to bring the activation of the home button in Chrome. The home page, as reported before, will set to Bing search engine by default, which is likely the result of Microsoft and Cyanogen tie-up announcement. Other new features include a new LiveDisplay feature, integration of Calendar with Boxer email, an updated Cyanogen Browser, a new launcher, Truecaller integration, and a new AudioFX app.

A open-source community of CyanogenMod released CyanogenMod 12.1 stable builds in the same month. Apart from that, security releases for CM11.0 and CM12.0 and fixes for the Stagefright vulnerability were also released. The firm says that not all the CM-based devices would be receiving these releases. Only those devices marked as ‘Good to go’ by the maintainer would get the updates.

CM13 nightly builds based on Android 6.0 Marshmallow were made available for the OnePlus One (bacon), Nexus 7 (deb & flo), LG G4 (h815), Galaxy Tab Pro 8.4 and some other devices by CyanogenMod community last month.