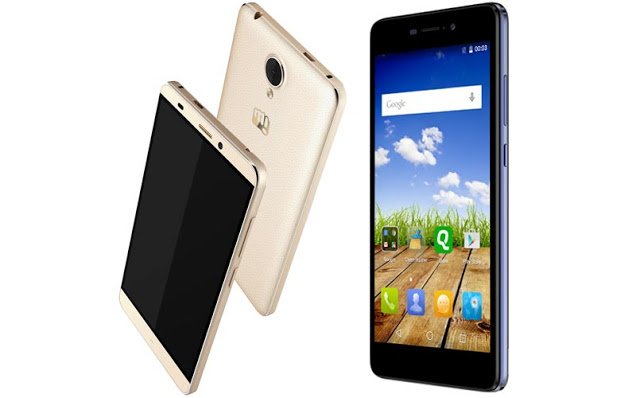 The new Canvas Mega (E353) is a dual-SIM (GSM+GSM) smartphone that runs Android 5.1 Lollipop. It has 5.5-inch HD (720×1280 pixels) IPS display and comes with Corning Gorilla Glass 3 for protection. It is powered by a 1.4GHz octa-core MediaTek (MT6592M) processor and has 1GB of RAM. It has internal storage of 8GB which is expandable up to 32GB via a microSD card. It features 13-megapixel rear autofocus camera with LED flash and a 5-megapixel front-facing camera.

Canvas Mega’s connectivity options include 3G, GPRS/ EDGE, Wi-Fi 802.11 b/g/n, Micro-USB, and Bluetooth. The smartphone is backed by a 2820 mAh battery, which isexpected to deliver up to 10 hours of talk time and up to 600 hours of standby time. It measures 154×78.7×8.9mm and will be available in Black colour. It also has sensors like accelerometer, ambient light sensor, magnetometer, and proximity sensor.

The handset supports 4G and is compatible with Indian LTE bands. Powered by a quad-core MediaTek MT6735 processor clocked at 1.3GHz, the Canvas Mega 4G comes with 3GB of RAM. The smartphone features a 13-megapixel rear with LED flash and also has a 5-megapixel front camera.

The Canvas Mega 4G has internal storage of 16GB which is expandable up to 32GB via microSD card. The connectivity options, apart from 4G, include 3G, Wi-Fi, Bluetooth, Micro-USB, and A-GPS. It is backed by a 2500 mAh battery.