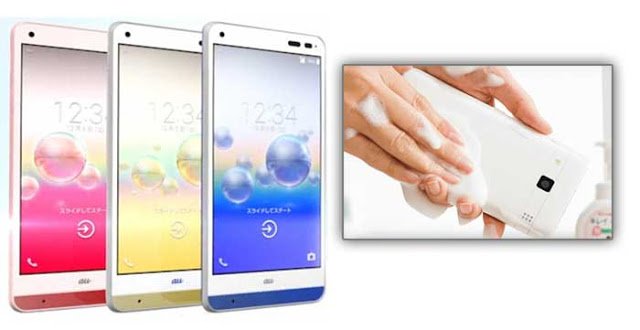 Users of the Digno Rafre can clean the smartphone with ease. Not only that, it is also rated for hot water resistance at 43-degrees Celsius, which is not included in the usual smartphone IP certification ratings. The smartphone is IP58-rated and features a self-healing rear panel, which we have already seen in LG G Flex smartphones.

Apart from that, the smartphone is also shockproof (MIL-STD-810G). The display is protected by Dragontrail X glass coating and can be operated even with wet hands. It is available in Coral Pink, Cashmere White, and Marin Navy color variants. The smartphone will launch on December 11 in Japan with a price tag of JPY 57,420 (approx. Rs. 32.300).

In terms of specifications, the Digno Rafre runs on Android 5.1 Lollipop and has a 5-inch TFT LCD display with HD (720×1280 pixels) resolution. Though the processor details have not been revealed yet but it packs 2GB of RAM. The smartphone has internal storage of 16GB which is expandable up to 128GB via a microSD card.