Facebook Twitter LinkedIn Reddit WhatsApp Telegram Share via Email Print
Google is worldly renowned for its Android mobile operating system and its latest version Android 6.0 Marshmallow will be rolling out to the Nexus and Android One devices from next week and will soon follow many other devices. Before you get excited for the update let’s first take a look at what new it brings to your devices.

Unlike Android 5.0 Lollipop which was focused more on the design, the Android 6.0 Marshmallow focuses more on improving the overall experience encountered by an Android user. In the new OS, there are some major upgrades which improve the overall privacy and security of the data in your smartphone, it also brings enhanced Google Now voice assistant, improved battery life and some more interesting features. So, let’s take a look at them in details.

While we all love Android and the vast availability of apps on the platform, there is one thing pretty wrong with all the earlier versions on Android. If you want to install a new app, it first displays all the things on your phone the app will be able to access and if you want to install the app, you have to accept them all or else the app won’t install at all! There is no control in your hands to disallow the app to access your contacts or messages.

But with Android 6.0 Marshmallow, the app will ask for the permission to access a thing (e.g. camera, contacts, messages) only when it is needed and if you decide to deny the permission you can still continue to use the app. Now this is what it should have been from years earlier. You can install any app you want and can rest assured that it will not access your private messages from the background, if you have denied the permissions for it, 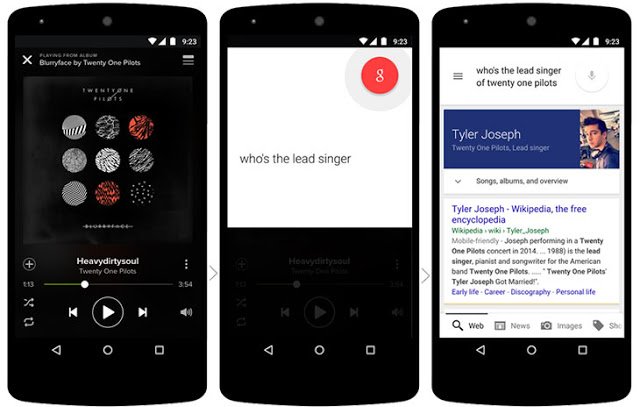 This feature can be said as the noteworthy feature coming with the Android 6.0 Marshmallow. It allows the user to have an assistant residing beside the device’s home button providing you further information for anything you are doing on the screen just by tapping and holding the home button of the device. 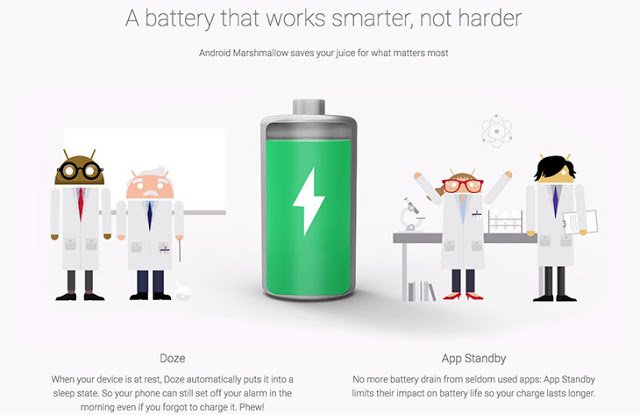 Users often encounter battery issues due to high power consuming apps and are left with a drained battery most of the times; with Doze you can increase battery output by pausing the apps when left idle.

Many people often get annoyed due to getting out of an app in order to reach a particular site. With the help of the Chrome custom tabs, the user can get the chrome browser running within the app. Whenever an app want to open a URL say for signing in accessing a particular page, the Chrome browser’s webview runs on the top of the app. The tabs also seamlessly adjust to the color of the app making you feel like you are accessing the app itself.

With this, the Android 6.0 running device when idle and connected to Wi-Fi will initiate the app data and settings backup automatically to your Google Drive aiding you to restore a new Android device with ease.

So are you excited to get your taste of Marshmallow now?