Facebook Twitter LinkedIn Pinterest Reddit Pocket Messenger Messenger WhatsApp Telegram Share via Email Print
Earlier Images Of OnePlus X Leaked, After that OnePlus itself has confirmed that the OnePlus X will be announced on October 29. The company has released a poster with a huge X on it, once again confirming the name of the phone as OnePlus X rather than OnePlus Mini as it was rumored earlier. 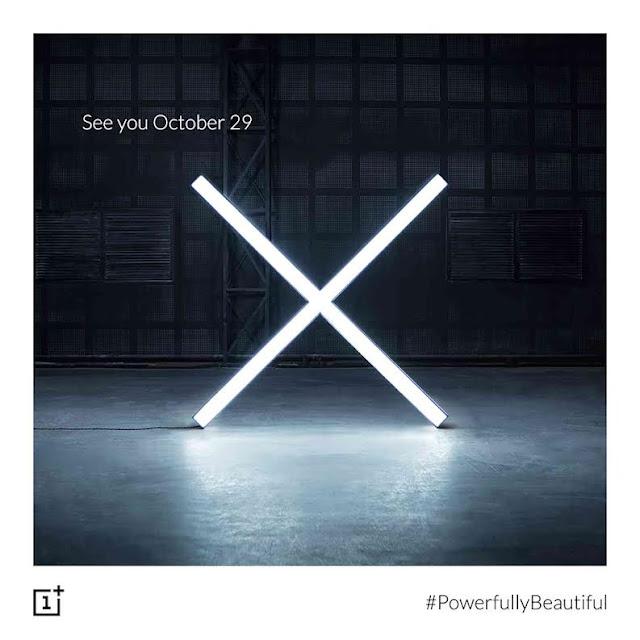 OnePlus is also teasing its launch on Twitter. One of the company’s recent tweets reads “See you October 29, London #PowerfullyBeautiful”. So now, all we need to do is to mark the dates in our calendar and wait for the X to get officially launched.

Meanwhile, if you can’t wait for its specifications, say thanks to Amazon India for accidentally listing the device on the website.  A leaked image by True-Tech website confirmed most of the specifications of the new OnePlus device.

According to the listing, OnePlus X may sport a 5 inch full HD (1920 x 1080 pixels) IPS display with pixel density at 401 ppi and protected by Corning Gorilla Glass 3. It may also feature ClearForce technology. It might house a MediaTek MT6795 processor paired with 2 GB of RAM and backed by 2450mAh battery. The metal frame around the body with SideTouch functionality is also what appeared in listing. It will run on the latest Android 6.0 Marshmallow with Oxygen 3.0 OS on top.

Talking about cameras, previous rumors strongly suggest that it may sport a 13 megapixel rear camera with Sony IMX258 sensor and a 5/8 megapixel of front camera. The device will come IP-67 certification that will protect it from dust and water.

Though the price of OnePlus X is not revealed yet, but as it is touted as affordable smartphone so, we expect it to be in range between Rs 12k-18K. And if prices does get fall in this range with all these specs, it would be a pretty sweet deal for the consumers.