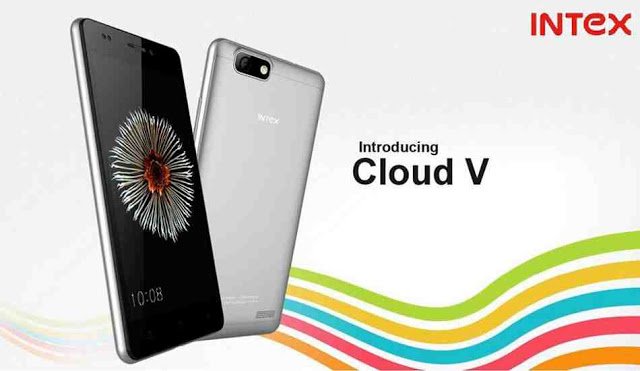 It is a dual-SIM (GSM+GSM) smartphone running Android 4.4.2 KitKat. It features a 5-inch (480×854 pixels) FWVGA TFT display. The smartphone is powered by a 1.2GHz quad-core Spreadtrum (SC7731) processor coupled with 512MB of RAM. It comes with 8GB of inbuilt storage, which is further expandable via microSD card (up to 32GB).

The smartphone sports an 8-megapixel rear camera with LED flash, while there is a secondary 2-megapixel front-facing camera also on board. The Cloud V smartphone features sensors such as accelerometer, ambient light sensor, and proximity sensor.

On Monday, Intex launched the Aqua V5, listing it on its site with a price of Rs. 2,825. The dual-SIM based smartphone runs Android 4.4.2 KitKat out-of-the-box. The Intex Aqua V5 bears a 3.5-inch (320×480 pixels) HVGA TFT display. The smartphone is powered by a 1GHz single-core Spreadtrum SC7715A processor coupled with 256MB of RAM.

Intex last week launched the Aqua Turbo 4G in India, priced at Rs. 7,444. Apart from 4G LTE connectivity, the highlight of the smartphone is it comes with a 3000mAh battery.