Facebook Twitter LinkedIn Pinterest Reddit Pocket Messenger Messenger WhatsApp Telegram Share via Email Print
Xiaomi has launched its first ‘Made in India’ smartphone Redmi 2 Prime at Rs. 6,999, it is an upgrade to the popular Redmi 2. The smartphone has been manufactured in Foxconn’s Sri City, Andhra Pradesh plant in India, which is only the second manufacturing plant of Xiaomi outside China after Brazil. 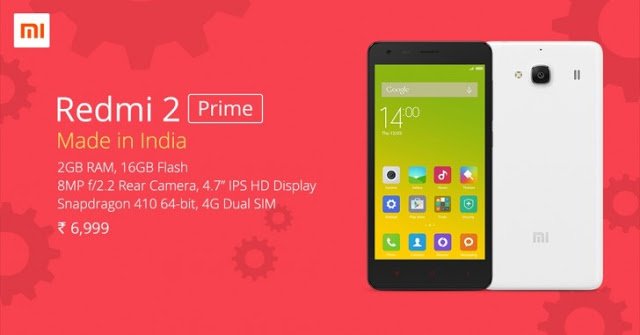 Xiaomi Redmi 2 Prime sports a 4.7 inch of HD IPS display with pixel density at 312 ppi. It is powered by quad-core Snapdragon 410 SoC processor clocked at 1.2 GHz paired with Adreno 306 GPU. Unlike Redmi 2 where it has 1 GB of RAM and 8 GB of internal storage, Redmi 2 Prime equips a 2 GB RAM and 16 GB of internal storage which is further expandable up to 32 GB via microSD card. It runs Android 4.4 KitKat skinned with company’s own MIUI 6.0 OS. 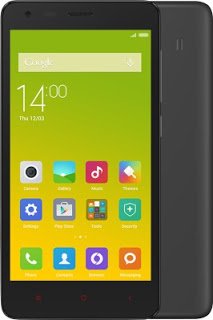 The dual SIM smartphone supports 4G on both SIM slots and houses an 8 megapixel of autofocus rear shooter with LED flash and 2 megapixel of front camera. The smartphone is backed by 2200 mAh battery.

The Redmi 2 Prime is priced at Rs 6,999 and is available on almost all the major online retailers like Flipkart, Amazon, and Snapdeal and also on its own online store mi.com. It is the first Xiaomi smartphone that is available through an open sale on its launch day. The smartphone is also expected to be available in offline stores in future.