The directions came at a high-level meeting chaired by him on Monday evening in which he reviewed the progress of digital and rural infrastructure, besides connectivity. 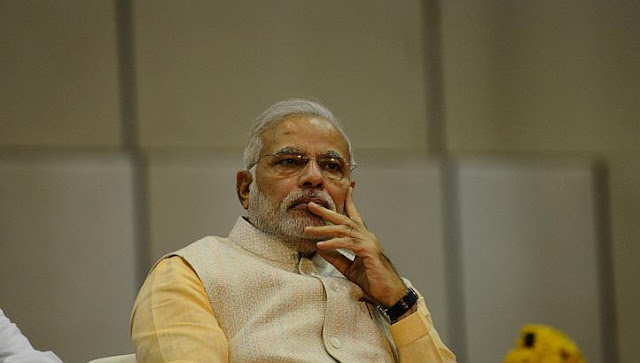 “The Prime Minister expressed serious concern over the issue of call drops and asked officials as to what steps are being taken to address this problem, which, he said, directly affects the common man.

“He directed that steps be taken urgently to resolve the problem, and also to ensure that the problems in voice connectivity do not extend to data connectivity in future,” an official statement by the Prime Minister’s Office Tuesday said.

Modi was apprised of the status of mobile connectivity across the country.

He also asked officials to explore the possibility of leveraging existing resources, including railway and other communication infrastructure, to provide mobile connectivity in remote, unconnected areas.

“He emphasised that targets for digital infrastructure should be synchronised with the targets for the Digital India initiative,” the statement read.

Also, the Prime Minister sought details from officials on preparations for providing electricity to all unconnected villages in the country within 1,000 days, as mentioned in his Independence Day address.

“He directed the departments concerned to monitor progress towards this goal on a real-time basis,” the statement said.

Taking stock of the progress of solar energy related projects, especially with regard to railway stations and airports, he wanted work related to setting up of railway universities to be speeded up.

He also called for priority to be given to road links with Nepal, Bhutan and Bangladesh.

“The Prime Minister said that with enough funds now being provided for infrastructure creation, the onus is on the ministries concerned to ensure these outlays are converted into proportionate outcomes,” the statement said.

Vice-Chairman NITI Aayog, Arvind Panagariya, was present at the meeting. Senior officials from PMO, NITI Aayog, and other ministries were also in attendance.