Facebook Twitter LinkedIn Pinterest Reddit Pocket Messenger Messenger WhatsApp Telegram Share via Email Print
We have smartphones that can achieve anything on the go. They’ve freed us from the need to carry around a map, dictionary, camera and basically a full-blown PC. But the thing that has continued to haunt these devices is their battery handicap. 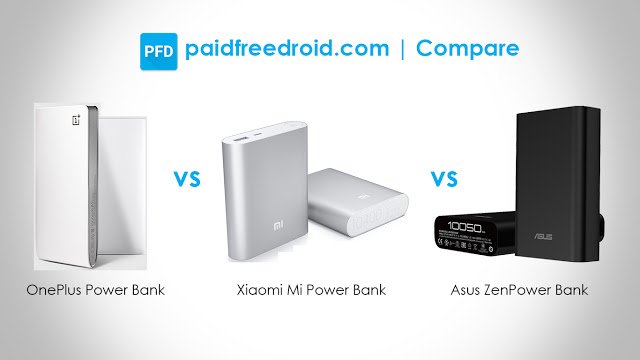 As soon as the battery sign hits the dreaded red colour, its time to cut all operations. And sadly, for most of us this happens midway, through the day. The only upside to this miserable tale is that it has given birth to a whole new industry. Meet the power banks. Nearly all major companies have launched their own portable power packs that help our smartphones survive a whole day and more.

We pit them against each other in terms of design, size, durability and most importantly, power.

With the three devices, there were zero complaints in terms of functionality and the workings. They all feature LED indicators, are heavily protected and provide your devices battery when they need it the most.

However, having used the three power banks interchangeably over the past few months, we can easily say that we’d pick the Asus ZenPower over the other two. While it may be the most expensive of the three, it is also the lightest one. Since a battery pack is an extra device that you need to carry around – the portability of the device matters the most. The OnePlus one is too wide to carry around easily, and the Xiaomi powerbank feels heavy.

Lastly, if you don’t want to spend the extra money on a battery pack then go for the Xiaomi – it makes for a good second option. The only major advantage the OnePlus carries is the fact that you can charge two devices at once. If you’re used to carrying around multiple handsets, then this one is for you.