The phones will be available in select markets starting September and will come at $37 (approximately Rs. 2,450) before local taxes and subsidies. The Nokia 222 is the successor to the Nokia 220, launched last year. 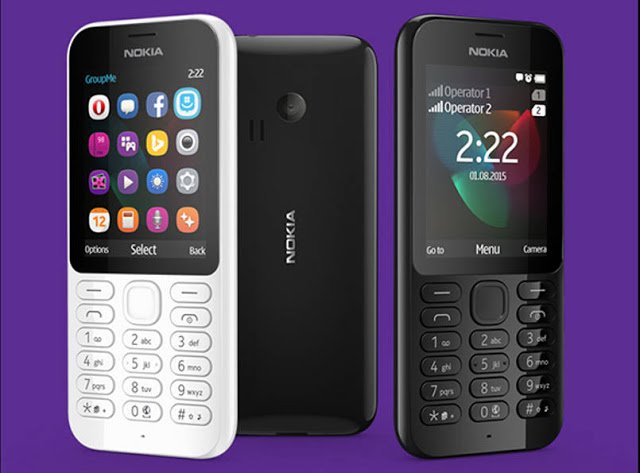 Considering that Microsoft India now lists the Nokia 222 Dual SIM, we can expect the company to launch the dual-SIM variant of the feature phone in India soon.

Both the new Nokia 222 and Nokia 222 Dual SIM phones come with the same set of specifications except that the latter supports dual-SIM functionality. Both the handset support Micro-SIM cards, and both run Nokia Series 30+ OS.

Microsoft touts that the new Nokia 222 and Nokia 222 Dual SIM can offer FM radio playback of up to 45 hours and MP3 playback of up to 50 hours. The handsets also come with a built-in MP3 player. Some of the preloaded apps on the new feature phones include GroupMe by Skype, Facebook, Messenger, and Twitter. Both the handsets support Slam technology, which allows sending and receiving files with another Slam-enabled devices.

The Redmond giant has also announced that consumers will be able to download one free Gameloft game per month for a year, and that both handsets come preloaded with Assassin’s Creed Brotherhood or Midnight Pool 3. The Nokia 222 and its dual-SIM variant also sport the popular flashlight feature for budget phones.

The Nokia 222 features a 2.4-inch QVGA (240×320 pixel) LCD display offering a pixel density of 166ppi. It bears a 2-megapixel rear fixed-focus camera and also supports expandable storage up to 32GB via microSD card. Connectivity options on the phone include GPRS, Bluetooth v3.0, Micro-USB, and a 3.5mm audio jack.