Today, Google has brought a smile on our faces with its doodle today morning. On the eve of the 69th Independence Day of India Google has an illustration of the Dandi March on its home page as the Google Doodle. 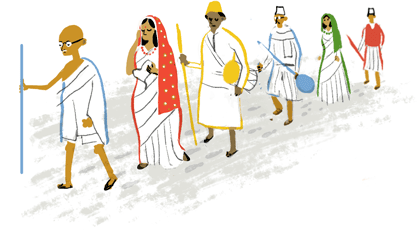 Gandhiji was joined on this 24-day march by many regular as well as prominent citizens. The Dandi March gave rise to the Civil Disobedience Movement.