Facebook Twitter LinkedIn Pinterest Reddit Pocket Messenger Messenger WhatsApp Telegram Share via Email Print
OnePlus is all set to launch OnePlus 2 on July 27 in a unique launch event all over the world. What’s unique about the event? It will be the first Virtual Reality (VR) event ever!!! 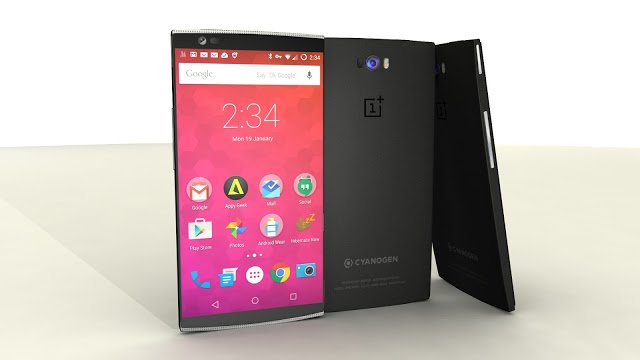 So what is VR launch event? “A VR launch lets you stand right next to our team and our fans as we unveil our new flagship. You’ll be able to look around as you check out the phone in a new way and maybe even find a few hidden Easter eggs” says co-founder Carl Pei in the official blog.
Let’s checkout the other details about the phone:

Till now, OnePlus has revealed only three features about the phone which are the processor, finger print sensor and the Type-C USB port.

First thing the company announced about the phone was the processor. The OnePlus 2 will be powered by the powerful Qualcomm Snapdragon 810 v2.1 SoC. Well, that will be a great flagship processor powering the phone.

While, last week the company announced on its official forums that One Plus 2 will be the first phone to come with the USB Type C port. The company says “Type C USB is the way of the future”.

OnePlus’s co-founder Carl Pei also said that the smartphone will come to India immediately after its launch. The price is yet not disclosed but it is expected to be priced in between Rs. 20-27k in India.

Though the company hasn’t reveal any more about the product, rumours say that it will have a premium metal body and will sport a 5.5 inch IPS LCD Full HD screen (1080×1920) with pixel density of 401ppi. The smartphone might be powered with a powerful 3GB RAM and there might be an Adreno 430 GPU.

Rumours also say that it may sport a 16 MP rear camera with dual LED flash which will have the feature to record 4K videos and there may be a 5 MP front facing camera. It may have a non-removable 3300 mAh li-po battery and on the storage front, it may come with 16/64 GB of non expandable memory storage.

Also, it is highly anticipated that the phone will come with the company’s own Oxygen OS running on top of latest Android Lollipop.

Few days ago, PhoneArena reported these images claiming to be the OnePlus 2. The images show that the phone has got metallic body and a very high screen to body ratio. And the back of the phone shows a vertical segment which houses the camera and it might also contain the today announced fingerprint sensor. We don’t know if the images are really of the OnePlus 2 or not but there are high chances that this might be the OnePlus 2:

There is still almost a month left for the arrival of the OnePlus 2 but the phone has become quite popular already and it is grabbing headlines everywhere daily. It will be interesting to see whether it will be able to break the success record of its predecessor OnePlus One!