Facebook Twitter LinkedIn Pinterest Reddit Pocket Messenger Messenger WhatsApp Telegram Share via Email Print
Samsung Mobile’s year has 2 seasons instead of 4 – 1 is Galaxy S season, and other is Galaxy Note season. As months pass by, we’re slowly drifting from 2015’s “Galaxy S6 season” into “Galaxy Note 5 season“. It is arguably the most anticipated Samsung smartphone ever, especially since the Galaxy Note 4 laid out such a strong foundation before it, while the Galaxy S6 claimed the 2015 Android flagship crown for itself with its modern looks and cutting-edge hardware. 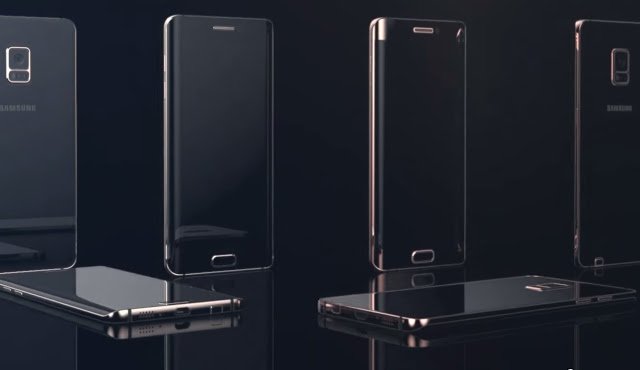 After a year or two of slumping sales, Samsung is once again riding the high wave, and while we’re anticipating the Note 5, we reckon it’s time we rounded up all the rumors that have popped up interim.

Reportedly, the Samsung Galaxy Note 5 is being referred to as “Project Noble” internally. You may remember that the Galaxy S6 was codenamed “Project Zero“. Hence, “Project Noble” sounds like an immediate descendant with a pretty good “premium” ring to it, no?

Based on the rumors and the typical way smartphone manufacturers approach design, we expect Samsung will style the Galaxy Note 5 and Note 5 edge after the Galaxy S6 and S6 edge. That is, an abundance of glass-covered metal, and a familiar-looking design. The Note 5 is said to reach a 7.9mm-thin frame, which is not exactly pencil-thin, but is nevertheless very good for a device that packs all of Samsung’s state of the art mobile technology, in addition to a large battery. 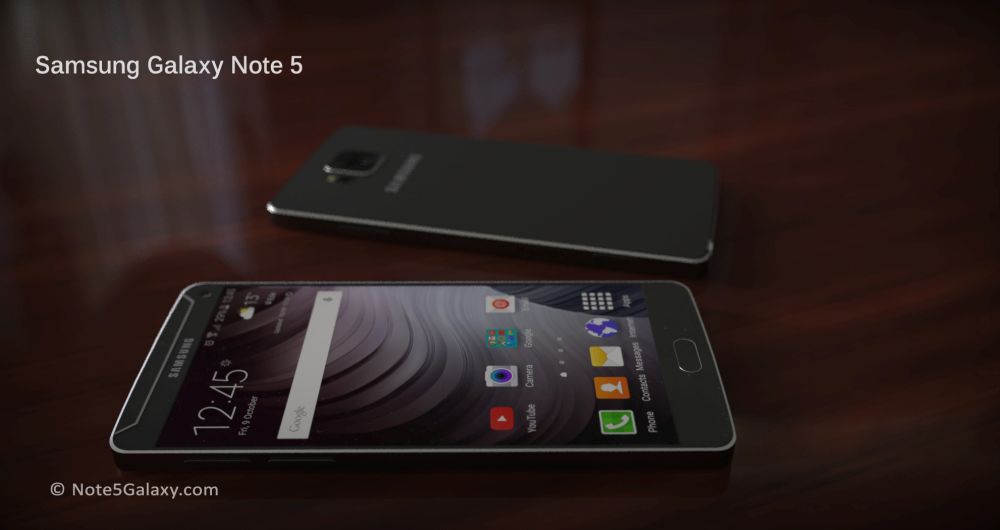 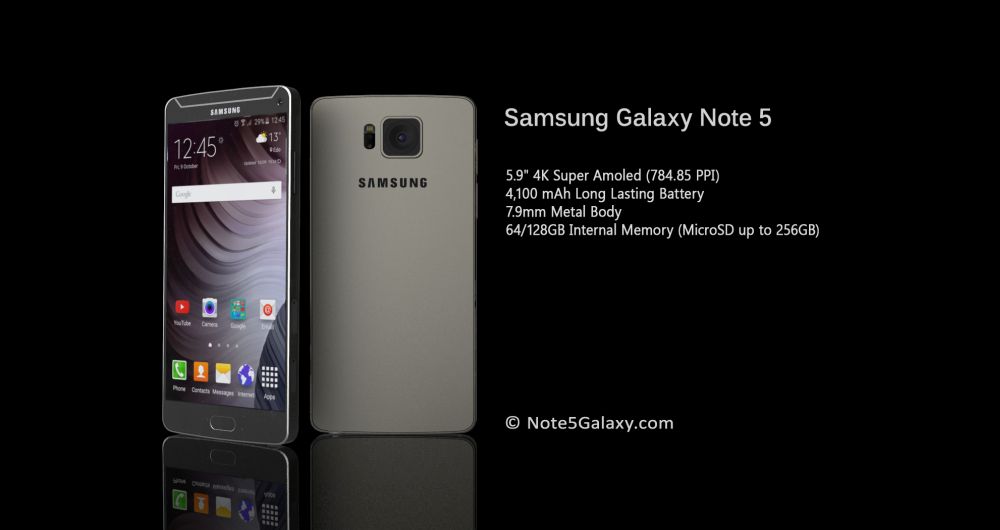 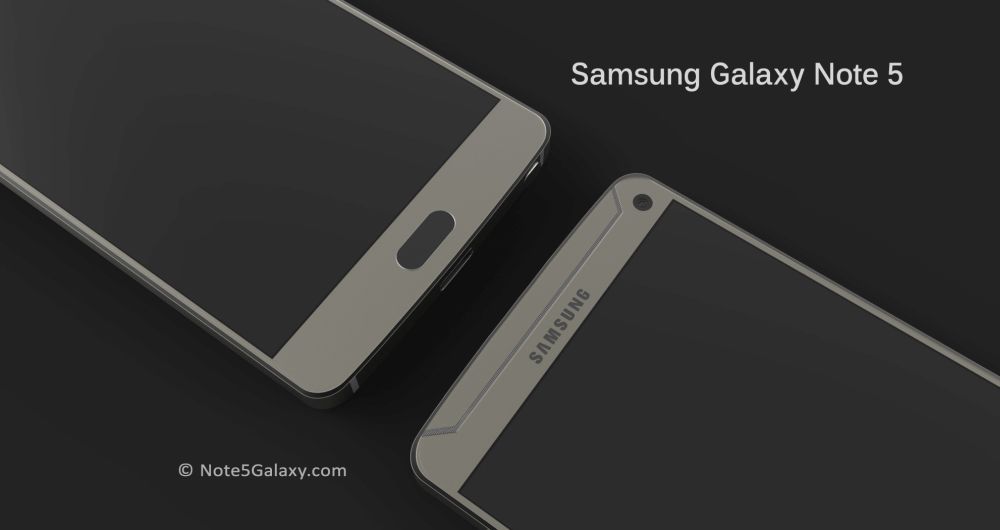 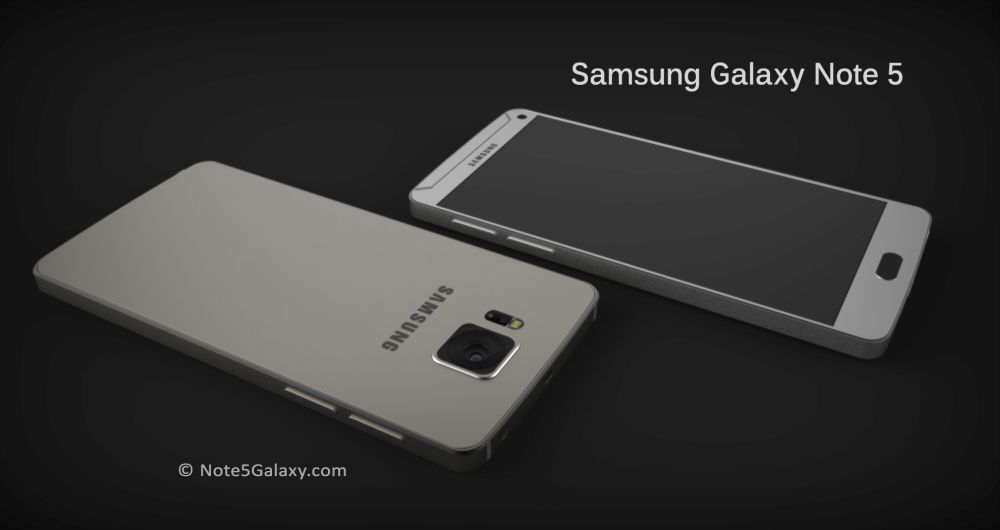 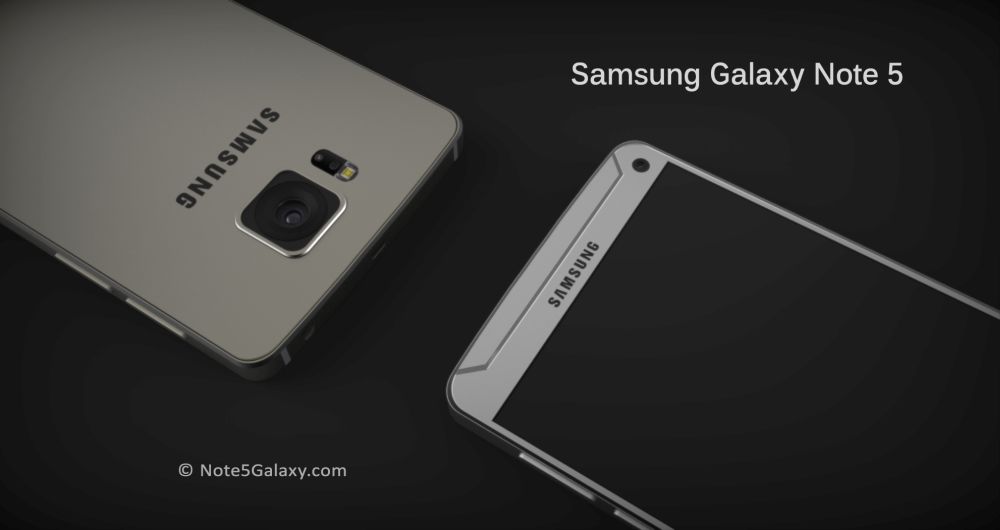 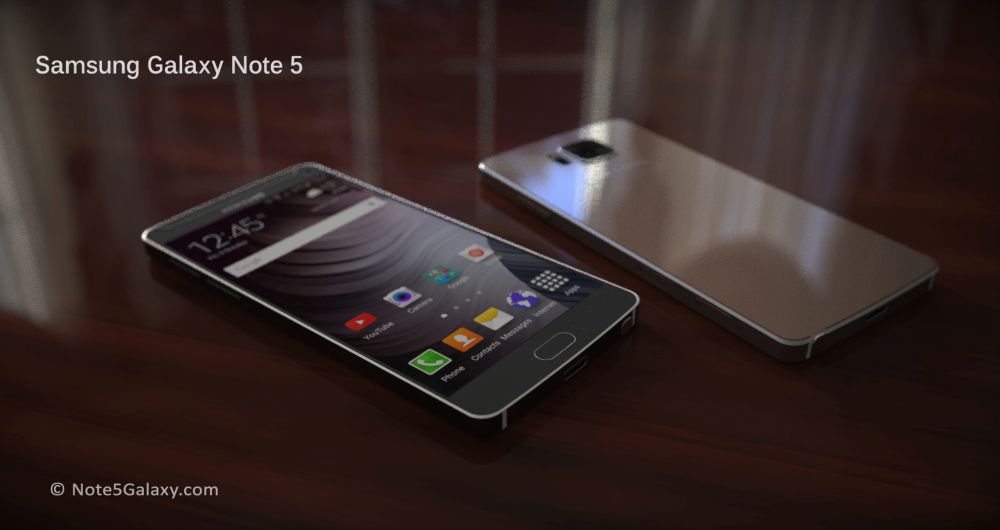 Another design addition could be a new pop-up S-Pen stylus. Samsung has patented a mechanism that automatically slots the S-Pen out of its silo after a voice or gesture command is issued. This ejection system may employ an electromagnet to push the stylus out, alongside a locking mechanism to keep the stylus safe at bay.

Moreover, the Note 5 is rumored to be among the first smartphones to ship with the new USB Type-C connector. The ability to plug the connector at any side, just like with Apple’s Lightning port, is welcome, but it’s the other virtues of the Type-C connector that deserve your attention, too, namely the throughput that will allow streaming 4K videos without a hitch, and the charging capabilities that can top up a battery in no time. 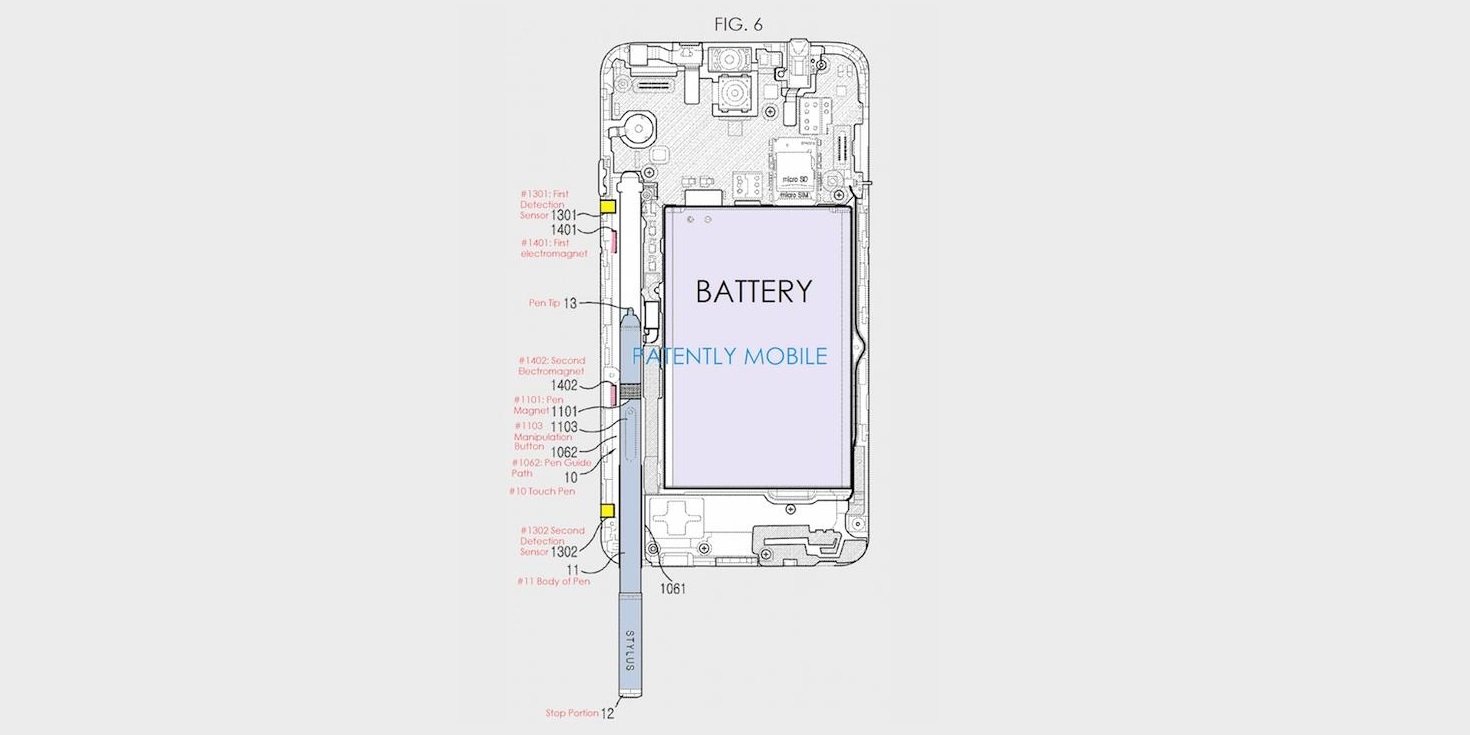 May Be 4K Display

One of the most persistent and interesting rumors suggests that the Galaxy Note 5 will become the first commercially available ultra-high resolution (4K) smartphone. For something that sounds fairly far-fetched, considering most of the industry is still hesitant to jump from 1080p screens into the crystal-clear pond of Quad-HD, there’s actually quite a bit of substance behind this rumor. Consider this – as early as last year, Samsung has been presenting its display production pipeline to analysts, and has non-ambiguously stated that it has 4K mobile display panels in the works that will be production-ready by 2015.

There are even some purported technological details available – said panels’ are Super AMOLED and their resolution is a jaw-dropping 2160 x 3840 pixels. The pixels are arranged in a diamond pattern, similar to the PenTile arrangement witnessed in the Galaxy Note 4’s critically acclaimed display. Moreover, the screens’ precise diagonals were implied as well – coming up at 5.9 inches for the regular Note 5 and 5.78 inches for the highly probable Note 5 edge variant. Given the resolution and screen diagonals, the Note 5’s pixel density adds up to 748ppi for the regular version and 762ppi for the variant with edges. These are mind-boggling values in both cases, and arguably present more pixels than you will ever need inside a 6-inch panel. However, this stupendously high pixel count will do wonders for experiencing ultra-high resolution video and VR content on the Galaxy Note 5. An extremely impressive display like this will also let graphic designers showcase their work in all its detailed brilliance.

Now that we’ve gotten you all high and worked up with excitement, let’s pour the proverbial ice bucket on you before somebody calls the fire department! The latest slab of info demotes the 4K resolution version to an engineering prototype that’s being tested alongside a 2K device. Given that ensuring a great enough yield of 4K AMOLED screens – not to mention curved screens – could prove challenging for Samsung, we won’t put our hopes up for a full-on onslaught of 4K Note devices this year. Perhaps Sammy could introduce a limited run of 4K phablets, either at launch or down the road. Really, there are many ways Sammy could work around a shortage of 4K screens if it has the technology and puts its mind to bringing it to the market. But just in the event it doesn’t, we reckon an eventual 2K (1440×2560) resolution Galaxy Note 5 is more than enough to please any smartphone enthusiast. 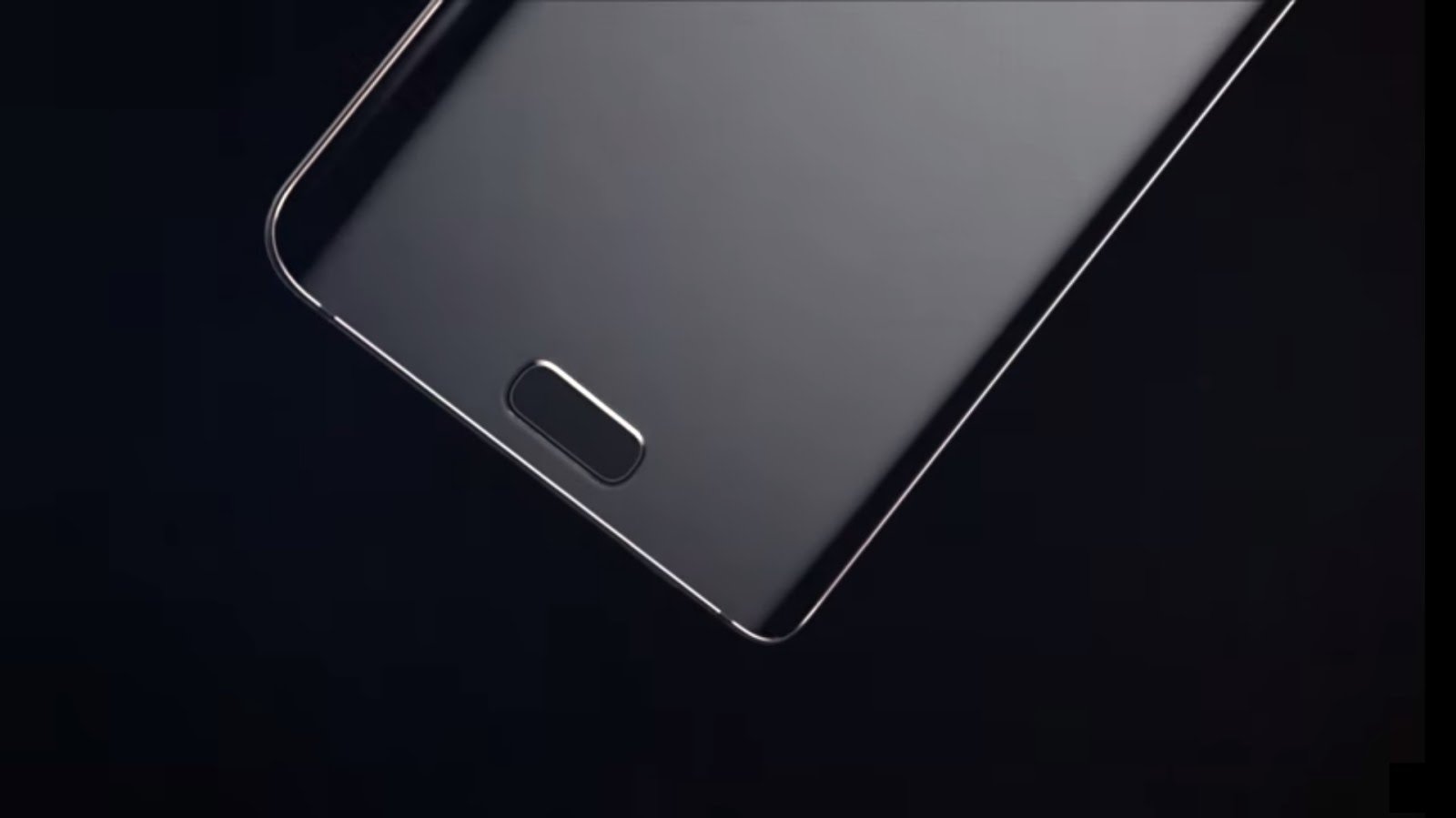 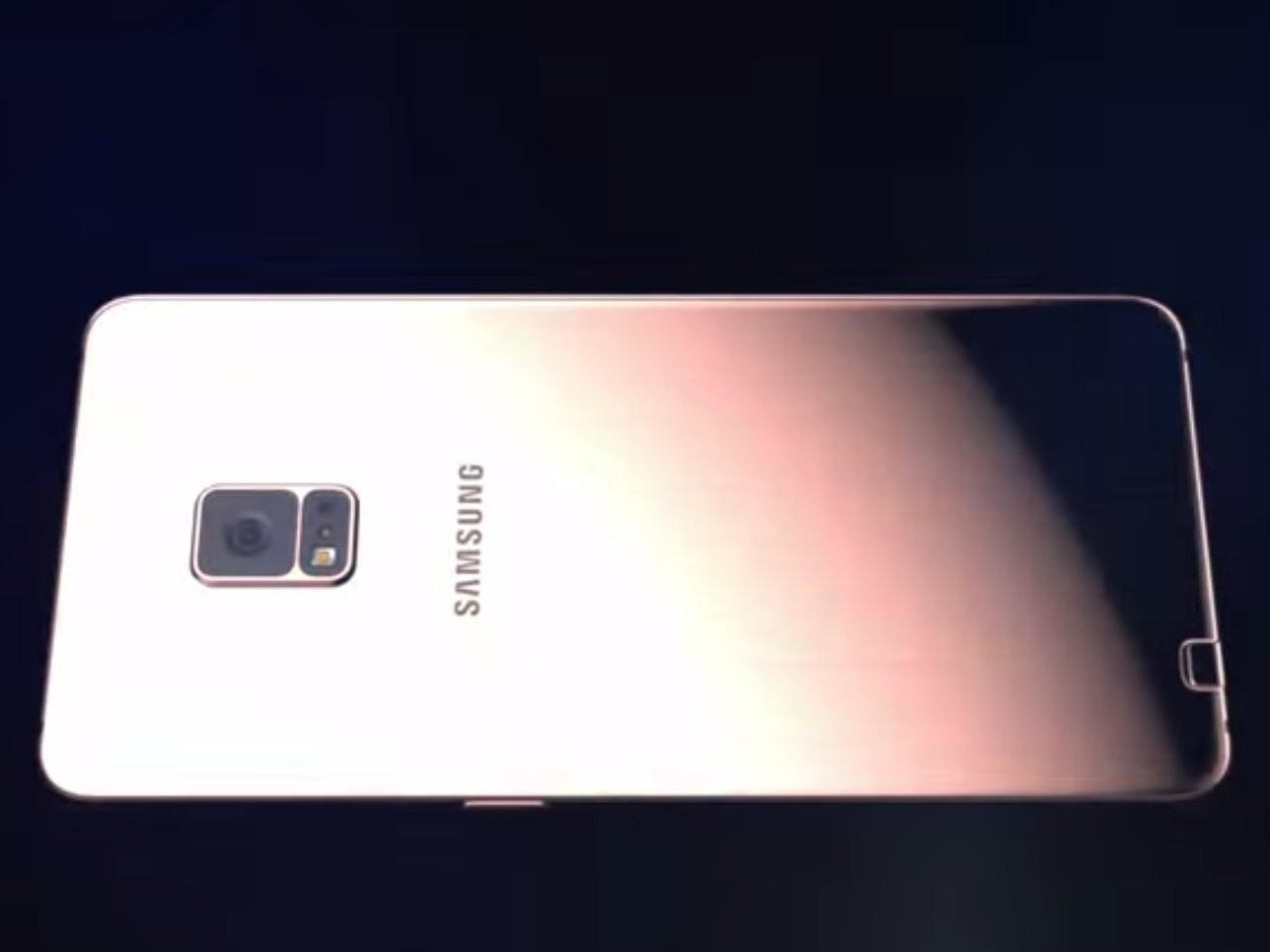 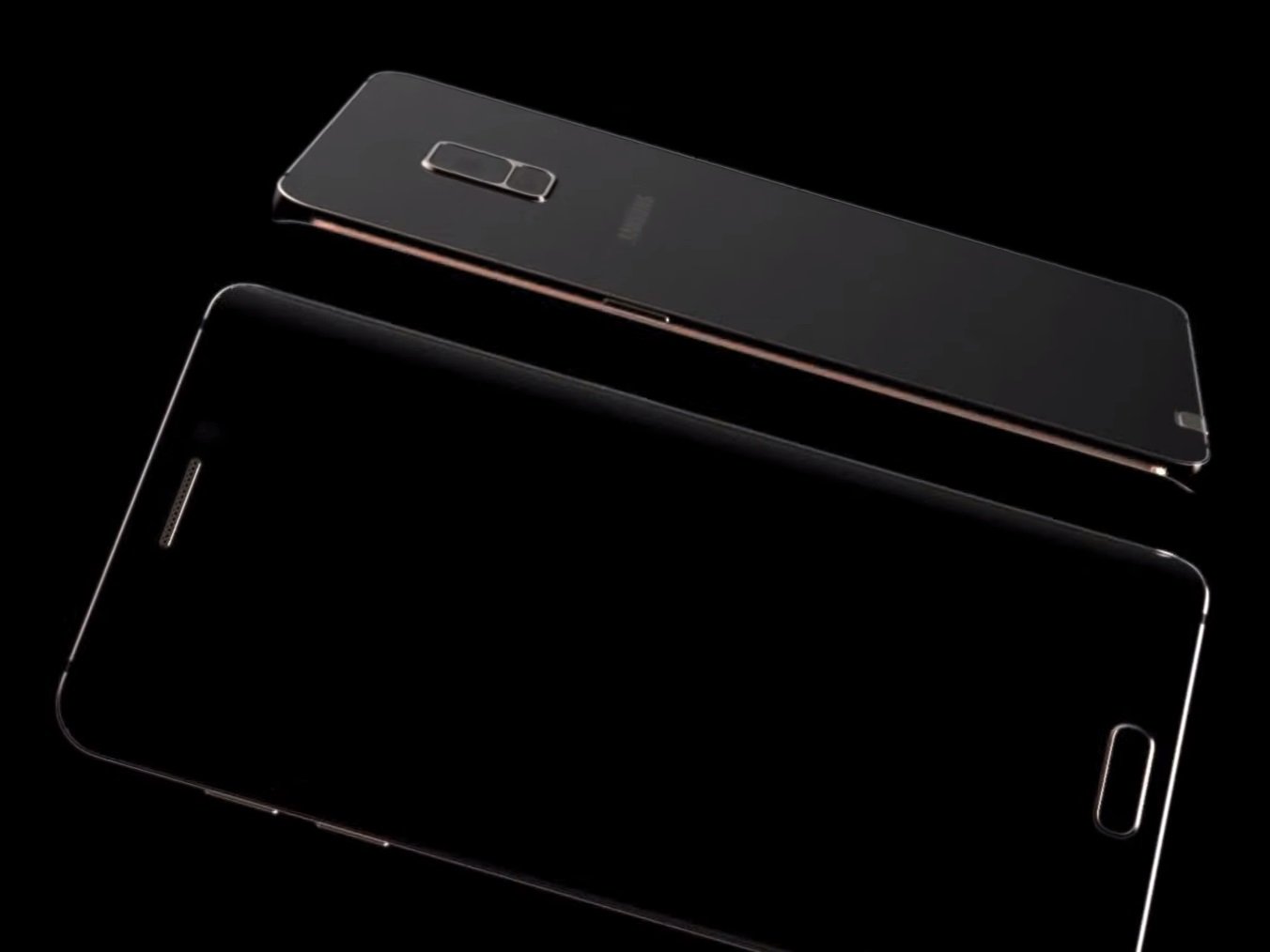 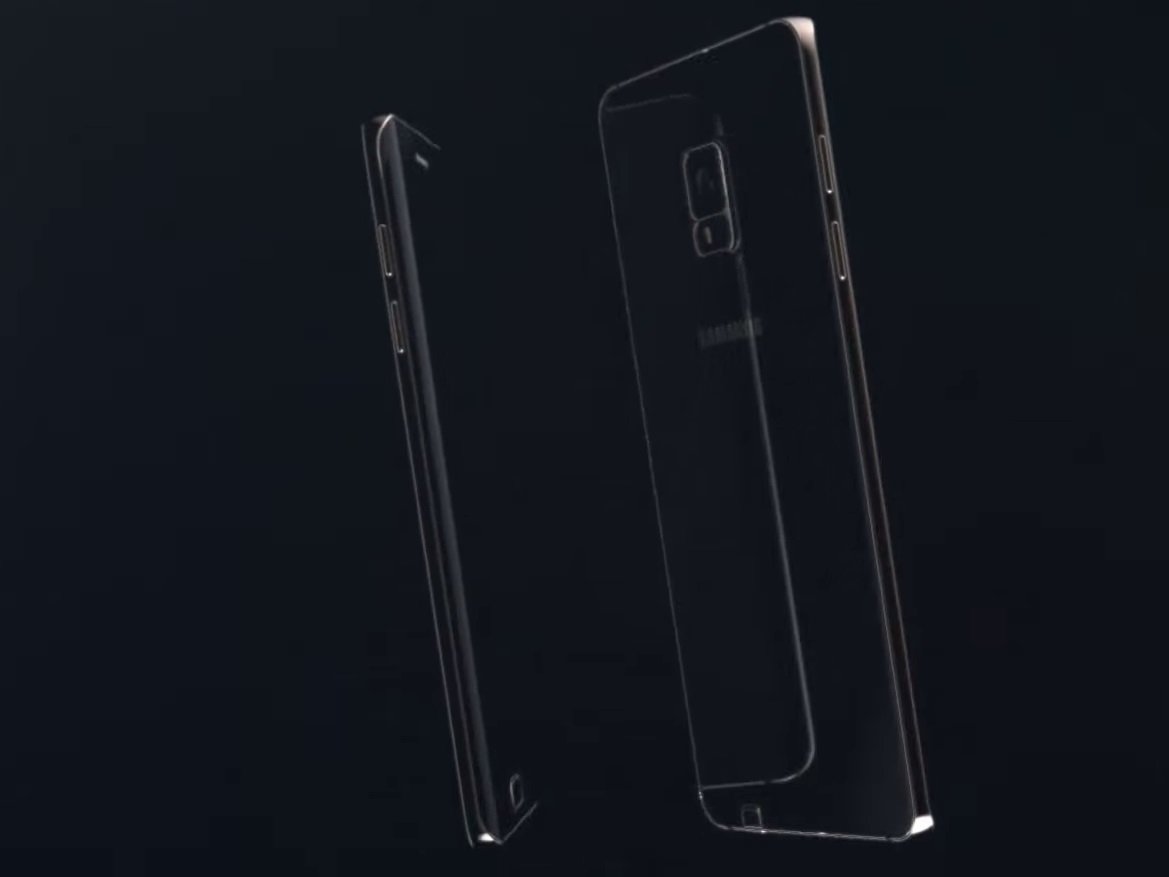 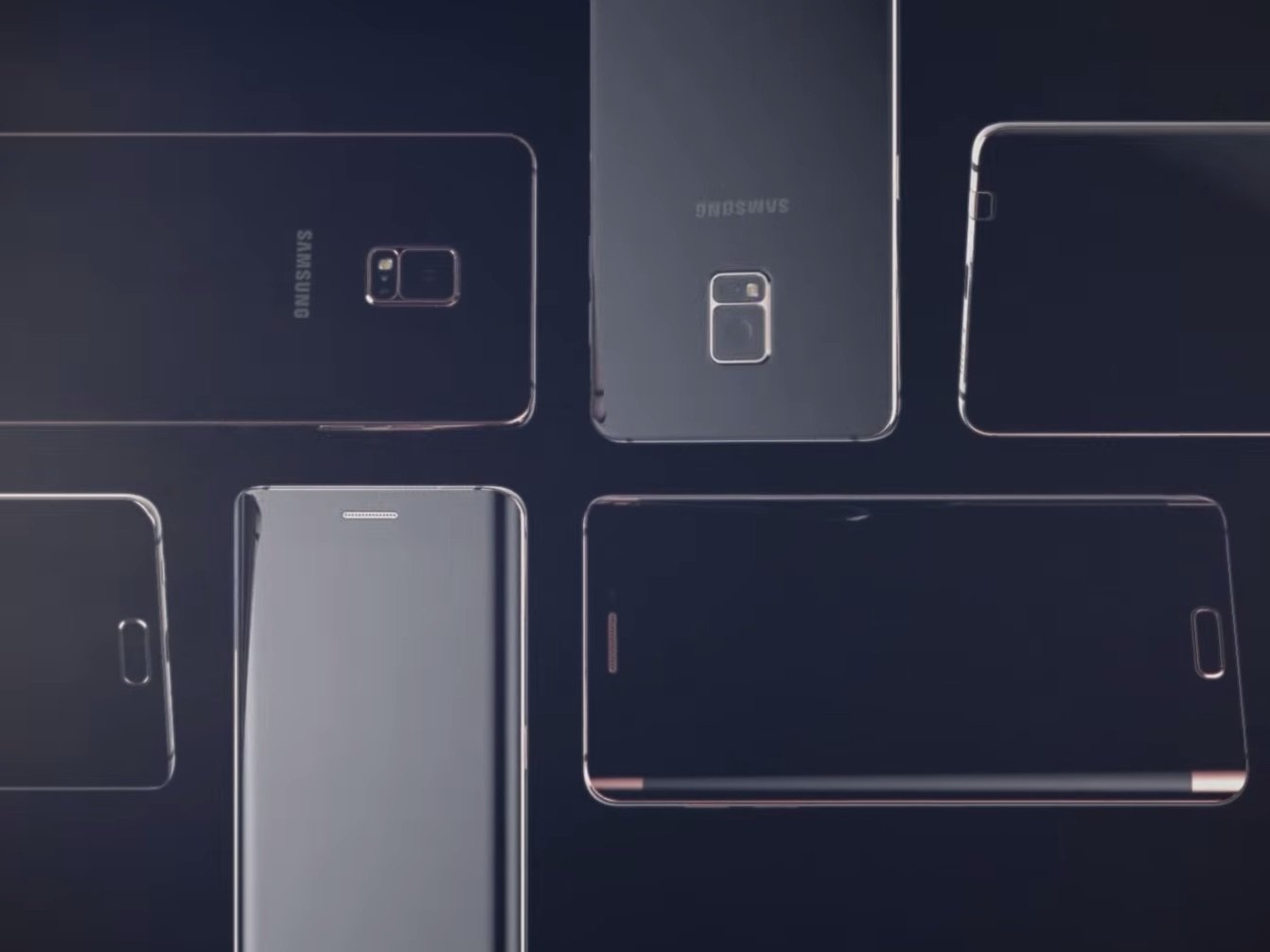 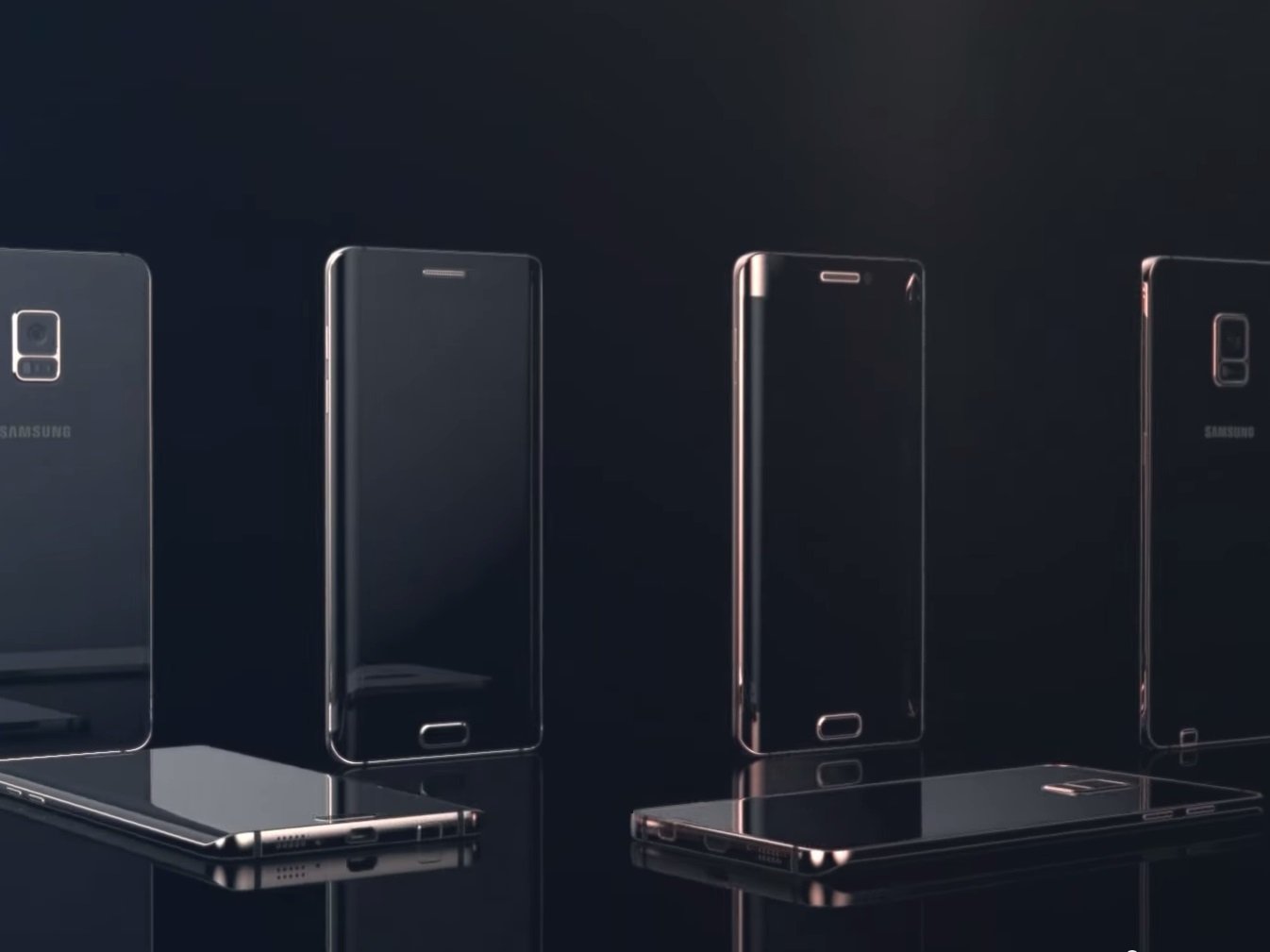 Reportedly, the Galaxy Note 5 is being tested with an Exynos 7422 chipset hulking within. What makes this one special is that it will combine all components into a single chip. Utilizing its own ePoP (embedded package on package) production method, Samsung was able to fit 3GB of RAM and 32GB of storage into a 225 square mm chip (we think it went into the GS6, but we don’t have official confirmation). Basically, this lets them stack complete systems on top of each other, decreasing the total semiconductor area and opening up space for other good stuff, such as bigger batteries. In this regard, the Note 5 is expected to receive a sizeable 4100mAh battery, which will certainly enable impressive battery life achievements. Oh, and throw in wireless charging while you’re at it!

In the Exynos 7422, Samsung may stack together the CPU, GPU, DRAM, storage, and its homebrew LTE modem in a single package. This is very ambitious, needless to say – but it’s also the exact reason Apple choose Samsung and nobody else to produce the Apple Watch SoC. So we believe Sammy can pull this off pronto.

However, it may not be only Samsung silicon at play where the Galaxy Note 5 is concerned. A rumor from early May claims that the Note 5 edge will utilize the Qualcomm Snapdragon 808 SoC, the one you may know from the LG G4. We still think this one’s an odd choice for a high-end device, mainly due to its limited graphics performance and lack of LPDDR4 RAM support. Nevertheless, the 808 gets the job done in 90% of use cases, so it would be an adequate choice either way.

Modern processors aside, the Note 5 duo is expected to rock Samsung’s UFS 2.0 flash storage, which became famous for its outrageous data reading and writing speeds. If there’s one place where smartphone manufacturers everywhere didn’t stand a chance catching up with Samsung, it’s this baby. 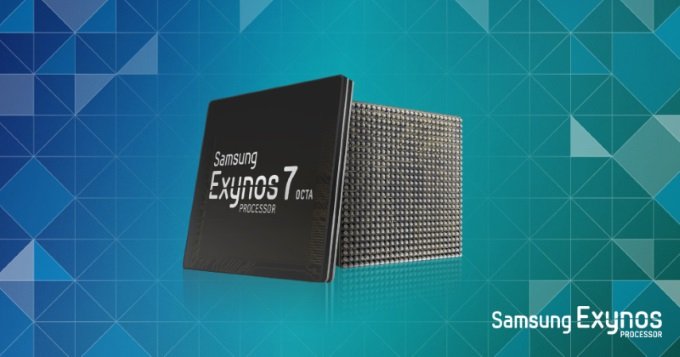 Smile for the camera

The rumor mill has surpisingly failed to deliver crunchy camera data about the Galaxy Note 5, so all we got on that end are some educated guesses and industry “he said, she said” to consider. The Note 5 might get a 16MP main camera with optical image stabilization, along with an 8MP front camera.

There is no shortage of sources claiming that the Galaxy Note 5 is due for an earlier than usual release. Although Samsung Mobile CEO J.K. Shin personally denied the rumors of a July launch, he didn’t outright deny the possibility of the Note 5 launching into the stratosphere before the annual IFA expo in Berlin. Held early September, the conference has been the Galaxy Note’s traditional launchpad since the original 5.3-inch phablet was unveiled in 2011. However, this time around, Samsung might just skip a week or two of anticipation and go ahead for a late August announcement. The rationale? Sammy wants to out-race Apple to the retail shelves and bring the Galaxy Note 5 to people before the headline-generating, best-selling iPhone 6S and 6S Plus inevitably invoke their attention.
Seems a bit pushy and desperate, but think about it, if Samsung is able to bring the goods before Apple, it is entitled to every bit of head-start it can manage! Besides, we’re sure fans of Samsung’s Note line-up will be ecstatic to meet, and possibly buy the next big thing in the series sooner than they’re used to! 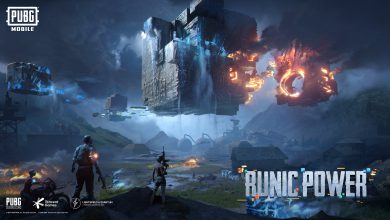 How to Download and Play PUBG Mobile in India Even After it is Banned [version 1.2.0] 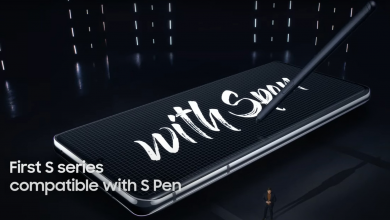 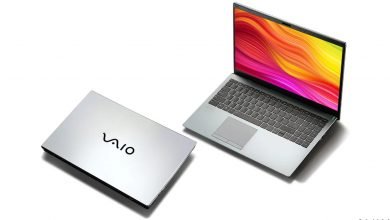 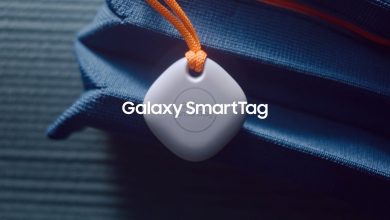 Samsung Galaxy SmartTag and SmartTag+ Trackers Announced: All You Need To Know About