Facebook Twitter LinkedIn Pinterest Reddit Pocket Messenger Messenger WhatsApp Telegram Share via Email Print
OnePlus on Monday announced a ‘special price’ for the OnePlus One smartphone in Europe and the United States. The new limited period price is $50 (roughly Rs. 3,200) less in the US, and EUR 50 (roughly Rs. 3,500) less in eligible European countries. 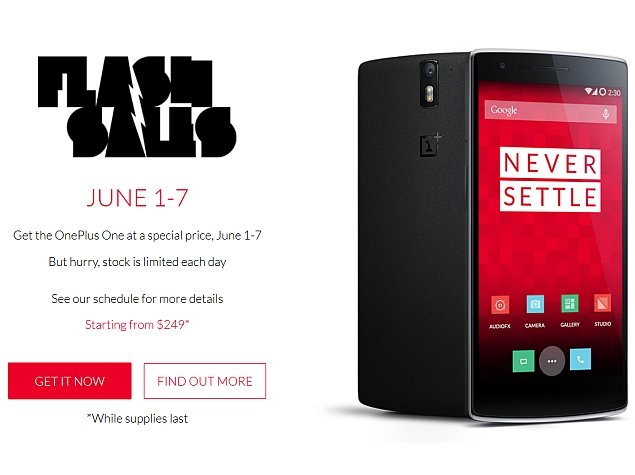 The Chinese smartphone manufacturer has detailed smartphone will be available at this ‘special price’ from Monday to Sunday, but with the OnePlus Two launch expected around the corner, the move is seen as an attempt to finish stock as much stock as possible ahead of the launch.

To remind readers, OnePlus had said it would ‘shake up the industry’ on Monday, and the limited period discount appears to be it. OnePlus also warns users to hurry if they want the discounted price for the OnePlus One, as “stock is limited each day”.

NDTV Gadgets contacted OnePlus to find out about the price drop being available in other regions, and were informed the special prices are only for the US and Europe, and that as of now there are no plans for a limited period price drop in India.

To recall, OnePlus had bumped up the prices of the OnePlus One in Europe from March 25. Explaining the rationale behind the price hike on its blog, the company cited the “instability of Euro” as one of the biggest reasons.

The company in a separate emailed statement had back in March also suggested that new pricing policy and its continued commitment to razor thin margins will apply to the OnePlus Two smartphone as well, which it says can be expected in the third quarter of this year.