Facebook Twitter LinkedIn Pinterest Reddit Pocket Messenger Messenger WhatsApp Telegram Share via Email Print
In April, HTC had announced the India launch of the One E9+ in late-May without pricing details. On Thursday, the company has made the smartphone available to purchase in its dual-SIM variant in India at Rs. 36,790. It is available in Meteor Grey, Gold Sepia, and Rose Gold colour variants in the country. 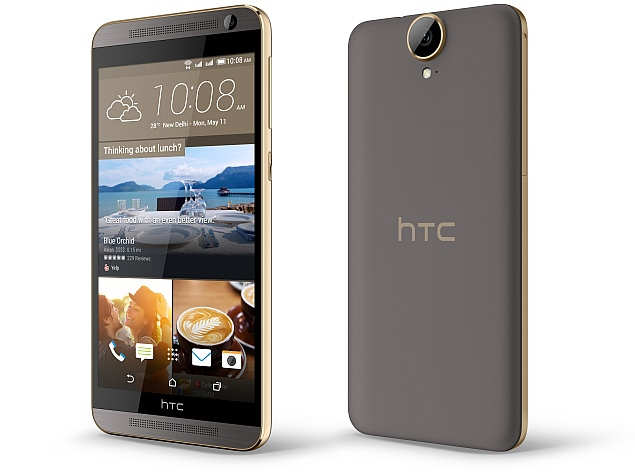 The HTC One E9+ Dual SIM sports a 5.5-inch QHD (1440×2560 pixels) resolution IPS LCD display with a pixel density of 534ppi. Powered by MediaTek MT6795M 64-bit octa-core processor clocked at 2GHz, the smartphone is equipped with 3GB of RAM. 16GB of inbuilt storage is also included that can be expanded via microSD card (up to 128GB).

The One E9+ Dual SIM sports a 20-megapixel f2.2 aperture wide-angle rear camera with LED flash alongside a 4-Ultrapixel front-facing camera, something we saw on the HTC One M9 as well as the HTC One M9+. The Android 5.0 Lollipop handset running Sense 7 UI on top comes with 4G connectivity support and the iconic HTC BoomSound front-facing speakers powered by Dolby Audio.

The HTC One E9+ was first unveiled globally in early-April, and then for India alongside the HTC Desire 326G Dual SIM and the HTC One M9+ in mid-April. Of the three phones, only the One M9+ was given a launch date and a price – Rs. 52,500. The pricing details of the other two were then withheld, and the smartphones were given a launch date of late-May. Both phones have now been made available slightly later than expected, in early-June.