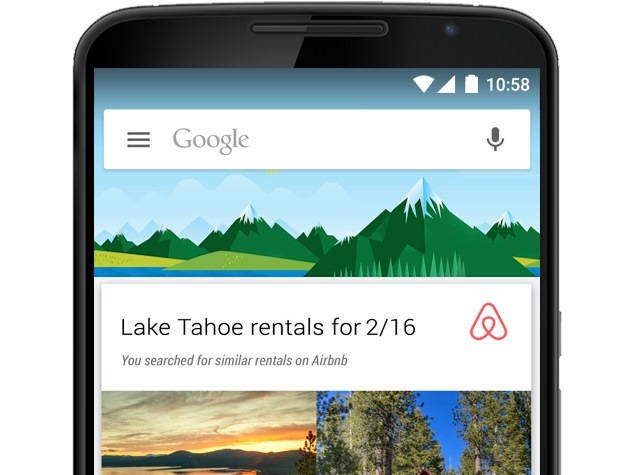 Chrome for Android has now started receiving a server-side update with the Touch for Search feature that lets any user access extra details on any word displayed within the content. Users can simply long-press the word in an article, for example, and Google will show a card at the bottom of the screen showing the Search results of the word including related news and Wikipedia pages.

The Touch for Search feature does not seem as capable as Google Now on Tap but it does take some clues from the service as it also makes use of the context around the word to help give a better search result. Android Central notes that the feature was available in Android for Chrome beta from quite some time, but now has started rolling out to general users as well. The feature however, can be turned off by going in to the browser settings. 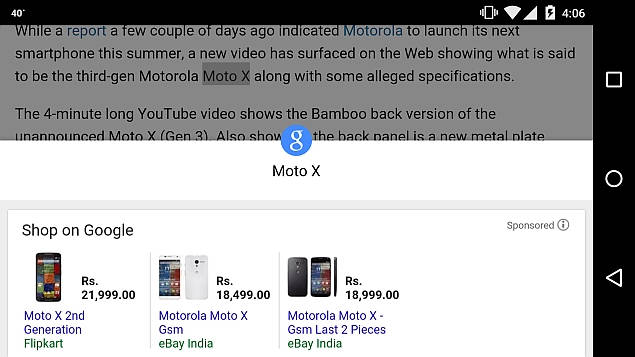 NDTV Gadgets can confirm the update is currently rolling out to Google Nexus 5 and Motorola Moto G (Gen 1) devices in India, while user reports claim the Moto X (Gen 2) is also receiving the feature.

To recall, Google’s Now on Tap feature would be debuting in Android M, which the firm revealed recently in its I/O conference. The feature brings a major overhaul to how Google can provide contextual information within an app itself. It works within any app and automatically searches the context present on the screen by just long pressing the home button.