Facebook Twitter LinkedIn Reddit WhatsApp Telegram Share via Email Print
ZTE has launched the Nubia Z9 mini in India at Rs 16,999. The company has announced the black variant, which will be sold exclusively via Amazon. Compared to the Xiaomi Mi 4i, the Nubia sports a better camera where as the Mi 4i has a stronger battery life. 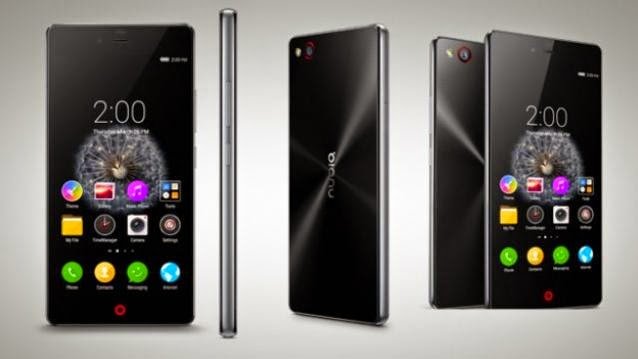 The smartphone sports a 5-inch display with 1920 x 1080 pixels of resolution. The device runs Android Lollipop with a layer of Nubia UI.

It comes powered by 64-bit Qualcomm Snapdragon 615 octa-core processor clocked at 1.5GHz and coupled with 2GB RAM. On the storage front, it gets 16GB onboard space and microSD card support of up to 128GB.

Reports about ZTE’s plans to launch the Nubia line has been in news for quite some time now. The company was expected to launch the Nubia line of smartphones with either the Z9 or the Z9 mini. The Nubia Z9 mini is the watered down version of the Z9. The Nubia Z9 features a larger 5.2-inch Full HD (1920 x 1080 pixels) CGS (Continuous Grain Silicon) display with an almost bezel-less design. It houses a more powerful Qualcomm Snapdragon 810 SoC with Adreno 430 GPU and 3GB of RAM. There’s a 16MP rear camera and an 8MP front-facing camera. On the battery front, you get a 2,900 mAh battery.

Commenting on Nubia’s foray in to the Indian market, Yuan Kang, (CEO Terminal Sales South Asia), said “We are excited to be entering India. We believe this is the perfect time for a brand like us launch here given the high paced economic growth and focus on developing the highest quality communications infrastructure nationally to support the new government’s ‘Make in India’ vision.”

Felix Fu (Co-founder and Senior Vice President – nubia, said, “Nubia has plans to make several significant investments and undertake initiatives to establish nubia as one of the most preferred among major global brands in India. Indian mobile phone users can expect us to surprise the Indian market with even more devices with high quality features at highly disruptive features to be launched further this year.”