Facebook Twitter LinkedIn Pinterest Reddit Pocket Messenger Messenger WhatsApp Telegram Share via Email Print
Oppo has silently introduced the Neo 5s smartphone, which is now listed on the company’s global website. So far there is no official word yet about the availability and price of the Oppo Neo 5s, which is the successor to the Neo 5. Some reports however claim that the handset is available in select markets at EUR 160 (approximately Rs. 11,600). 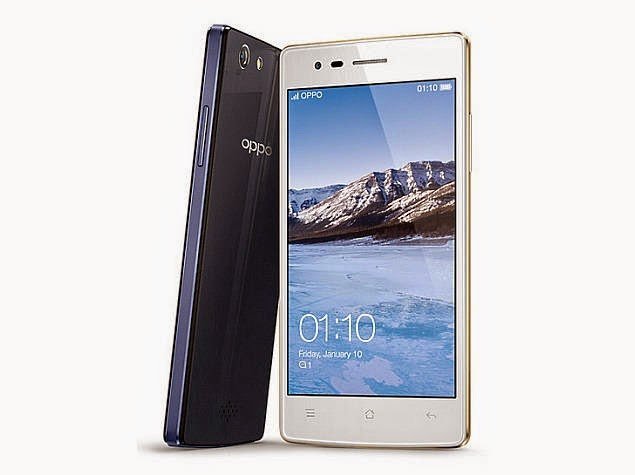 Much like the Oppo Neo 5, the new Oppo smartphone also features 4G LTE connectivity, supported by both SIMs card slots. The dual-SIM based smartphone supports one Micro-SIM and another Nano-SIM. The smartphone runs Android 4.4.2 KitKat-based Color OS 2.0.1 on top. To recall, the Neo 5 was launched last year and ran Android 4.3 Jelly Bean based Color OS UI.

The Oppo Neo 5s features a 4.5-inch (480×854 pixels) FWVGA IPS TFT display, the same as its predecessor. The company stresses that the handset supports gloved and wet touch input.

It is powered by a 1.2GHz quad-core Qualcomm Snapdragon 410 (MSM8916) processor that’s coupled with an Adreno 306 GPU, and 1GB of RAM. The Oppo Neo 5s bears 8GB of built-in storage that can be expanded via microSD card (up to 128GB). It sports an 8-megapixel rear camera with LED flash, and a 2-megapixel front-facing camera. It features scene detection, Panaroma, geo-tagging, double exposure, smile shot, and HDR options.

Connectivity options on the Oppo Neo 5s, apart from LTE, include 3G, Wi-Fi 802.11 b/g/n, Micro-USB, A-GPS, 3.5mm audio jack, and FM radio. It is backed by a 2000mAh non-removable battery and is listed in Black and White colours. It features ambient light sensor, g-sensor, and magnetometer. The smartphone measures 131.9×65.5x8mm and weighs 135 grams.