Motorola has launched 4G version of its Moto E second gen smartphone in India. Priced at Rs. 7,999, the smartphone is exclusively available via Flipkart.com. The smartphone is currently up for preorder on the e-commerce site, while estimated release date is April 23. 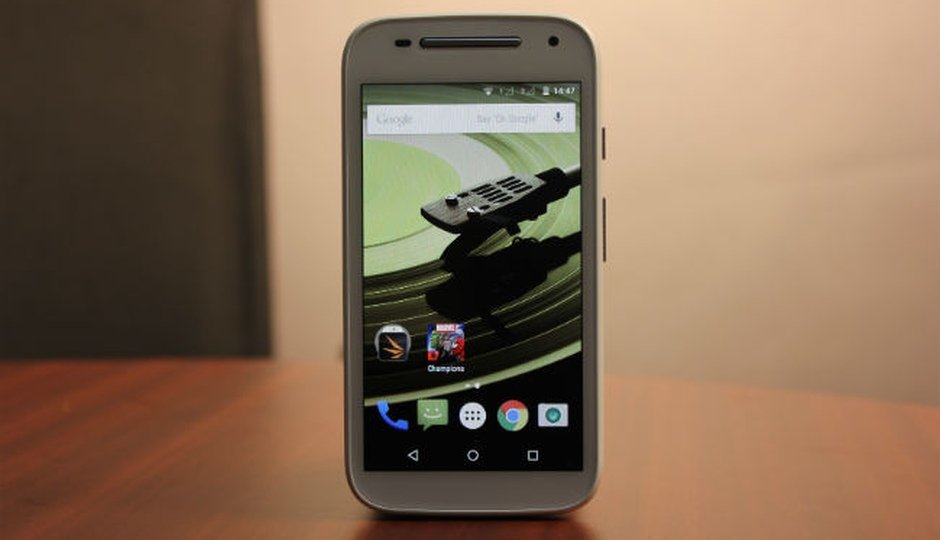 The LTE version of the Moto E runs Qualcomm Snapdragon 410 processor as compared to Snapdragon 200 processor in the 3G version. Rest of the specifications remain same – 1GB of RAM, 4.5-inch qHD display with Gorilla Glass 3 protection and Anti-smudge coating, 5MP rear camera and VGA front facing camera and 8GB of ROM. The LTE version of the smartphone is expensive than the 3G version which is priced at Rs. 6,999. 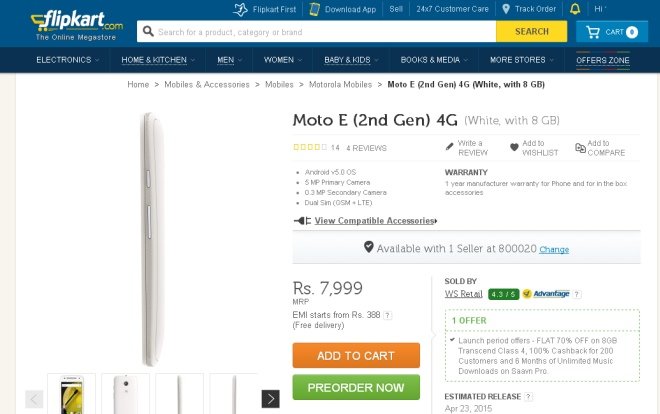 The Moto E second gen LTE version is among the most affordable 4G phones in the market. Howeer, Motorola may been little late in bringing its LTE version to the country. The new phone faces a strong competition from the likes of Micromax’s Yu Yureka,Xiaomi’s Redmi 2 and Lenovo A7000, which offer competitive specs and LTE connectivity.

Do you think Moto E LTE version is a better choice at its price? Let us know your views in the comments section below.