Facebook Twitter LinkedIn Pinterest Reddit Pocket Messenger Messenger WhatsApp Telegram Share via Email Print
Google is celebrating Easter in its own little way. Inspired by the highly-addictive game, Flappy Bird, Google has planted a similar mini-game which users can access through their devices’ Settings menu. This game is only available for Android Lollipop users. 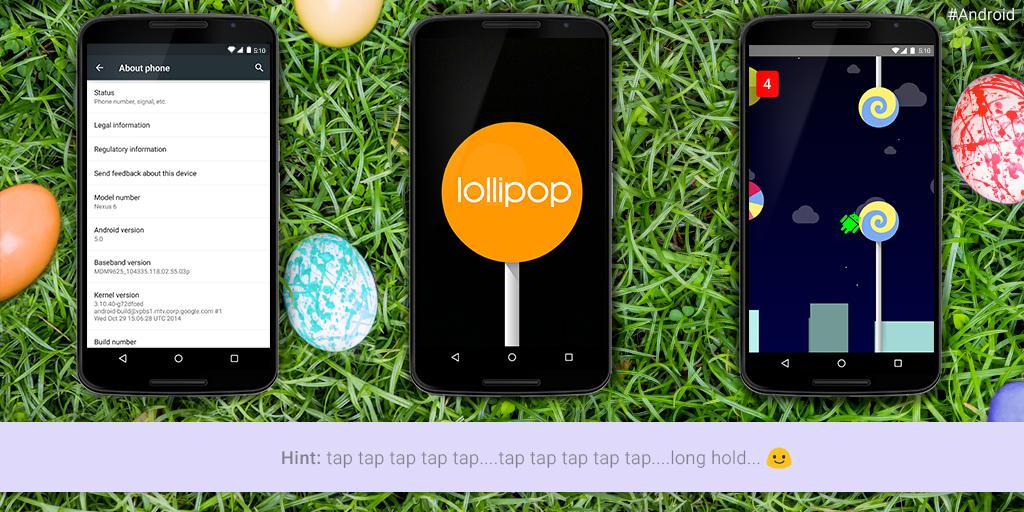 Google’s Easter eggs is a clone of the popular game, but instead of the bird flying around, a small Android mascot tries to make its way across the field through the lollipops.

To access this game, go to the Settings menu from your Android 5.0 device and click on About Phone. Tap the Android version at least five times after which, the game will appear on the screen. The goal is to avoid hitting the lollipops for as long as you can to go ahead in the game. It is supposed to be as hard as the original – Flappy Bird.

Google has also replaced its old Gtalk with its new Hangouts chat service. Users can send cute animated Easter bunnies and eggs as emojis through the app as well.