Facebook Twitter LinkedIn Pinterest Reddit Pocket Messenger Messenger WhatsApp Telegram Share via Email Print
After months of speculation, leaks, counterleaks, renders, cases and schematics, the new HTC flagship is finally official. The handset had a somewhat unfortunate destiny when it comes to leaked knowledge about its specs and overall appearance, as it already appeared in tipped official renders and even promo videos, so we largely knew what to expect, save for a few small, but important details. Check out the full scoop below. 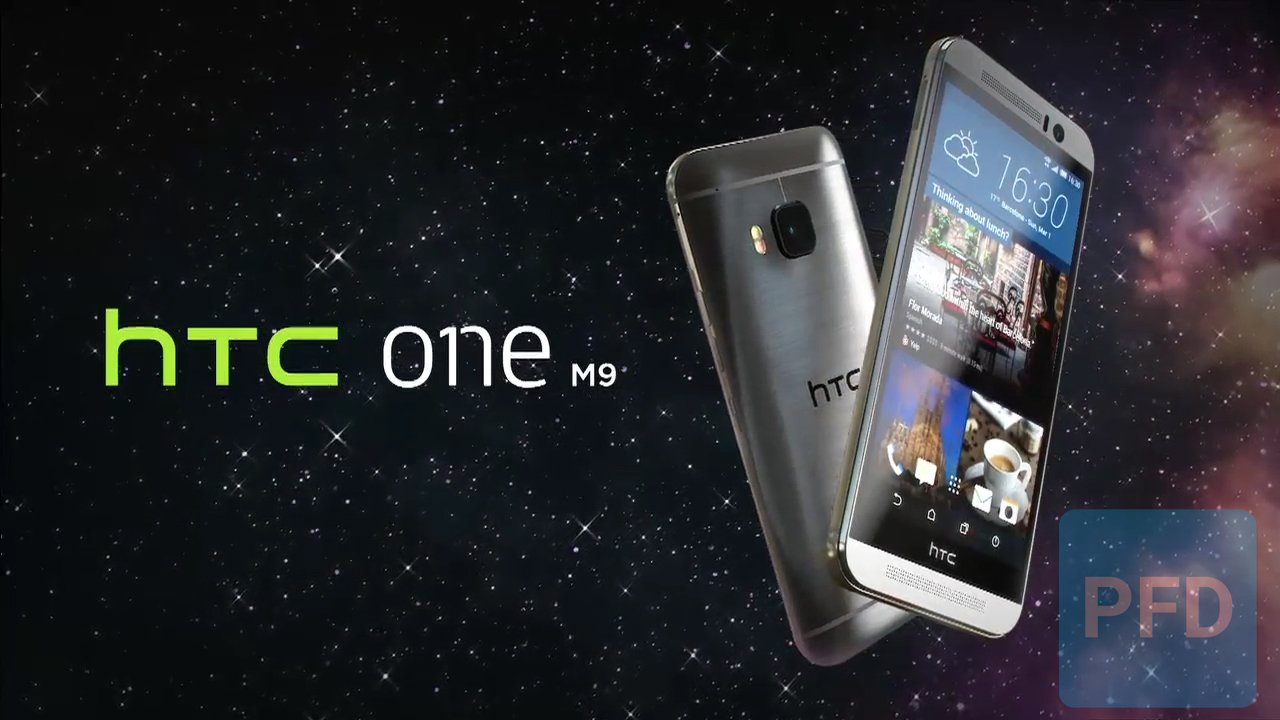 Taking the spotlight at HTC’s MWC presentation, the new One M9 stays true to the company’s premium unibody design, with a “dual-tone metal unibody,” just as predicted. No qualms about that, as HTC traditionally makes some of the most beautiful and premium-feeling handsets out there, and the One M9 is no exception. Clocking in at 144.6 x 69.7 x 9.61mm, the new flagships is shorter and slightly narrower than its predecessor, the One (M8), but keeps its girth and heft. Thus, it is likely to still feel solid in the hand, but will be a tad more manageable in your pocket. 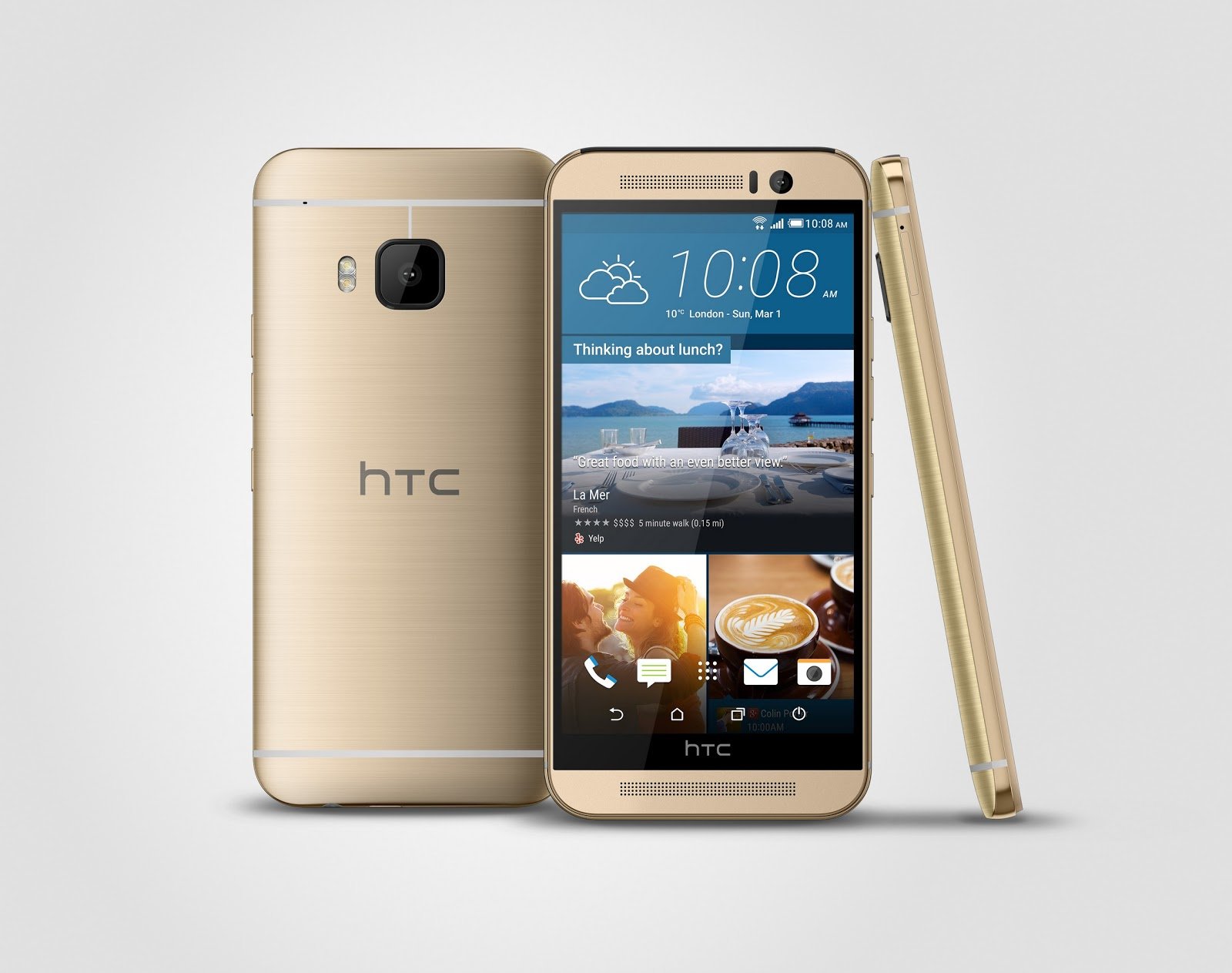 A 5″ 1080 x 1920 pixels display is what the One (M8) offered, and the One M9 panel shares the same specs, eschewing the Quad HD craze. Frankly, the 1080p resolution is still perfect for a 5-incher, and anything above that seems like an overkill, plus this panel should do wonders for the battery life, compared to those 1440p monstrosities. 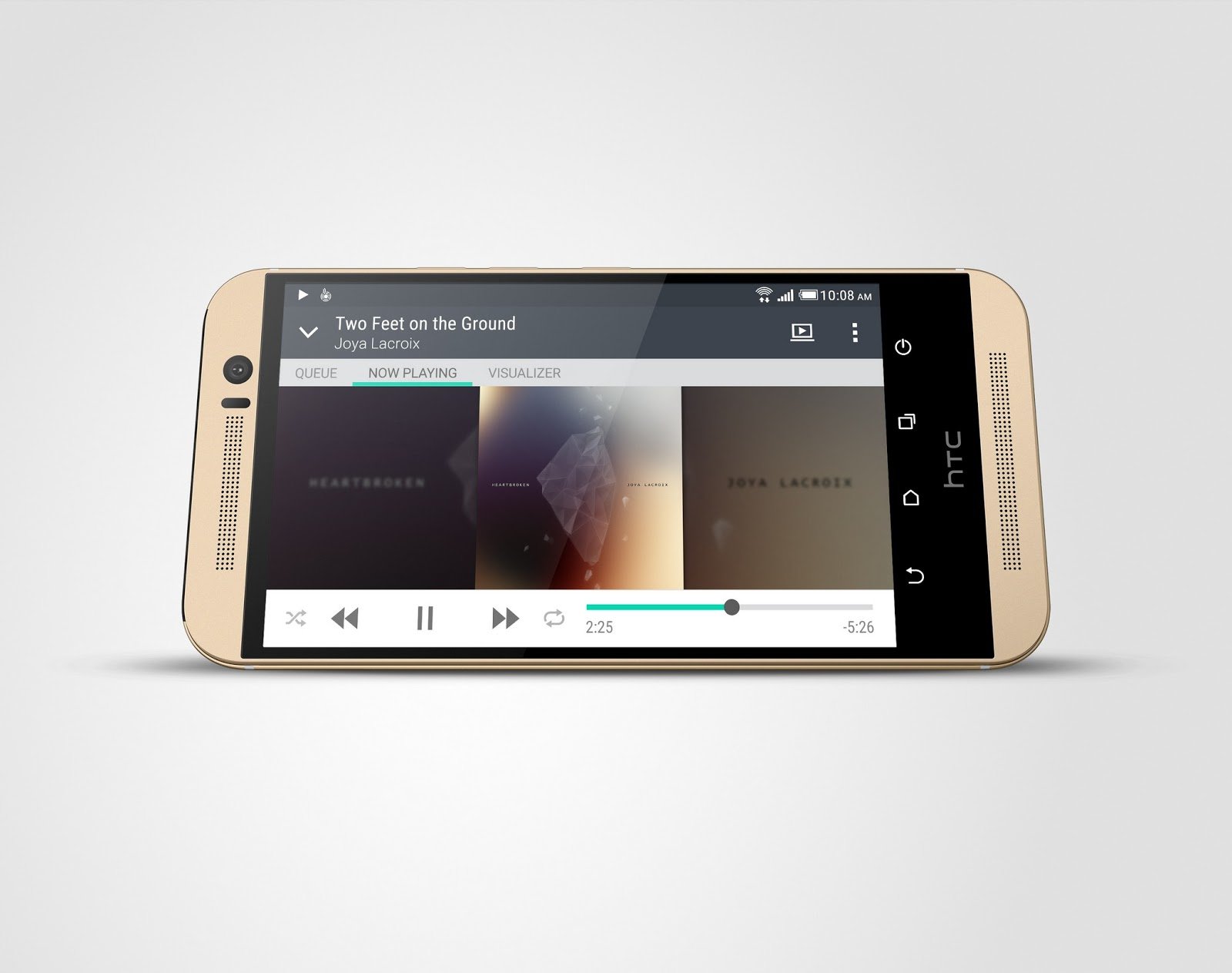 That same 5″ 1080p panel, however, will be powered by a scorching Snapdragon 810 chipset, making the One M8 only the second flagship announced with Qualcomm’s finest processor, after the LG G Flex 2. Clocked at 2 GHz maximums for the Cortex-A57 core quarter, and at 1.5 GHz for the four Cortex-A53 sidekicks, the octa-core chipset is likely to deliver breathtaking performance at such display resolution. 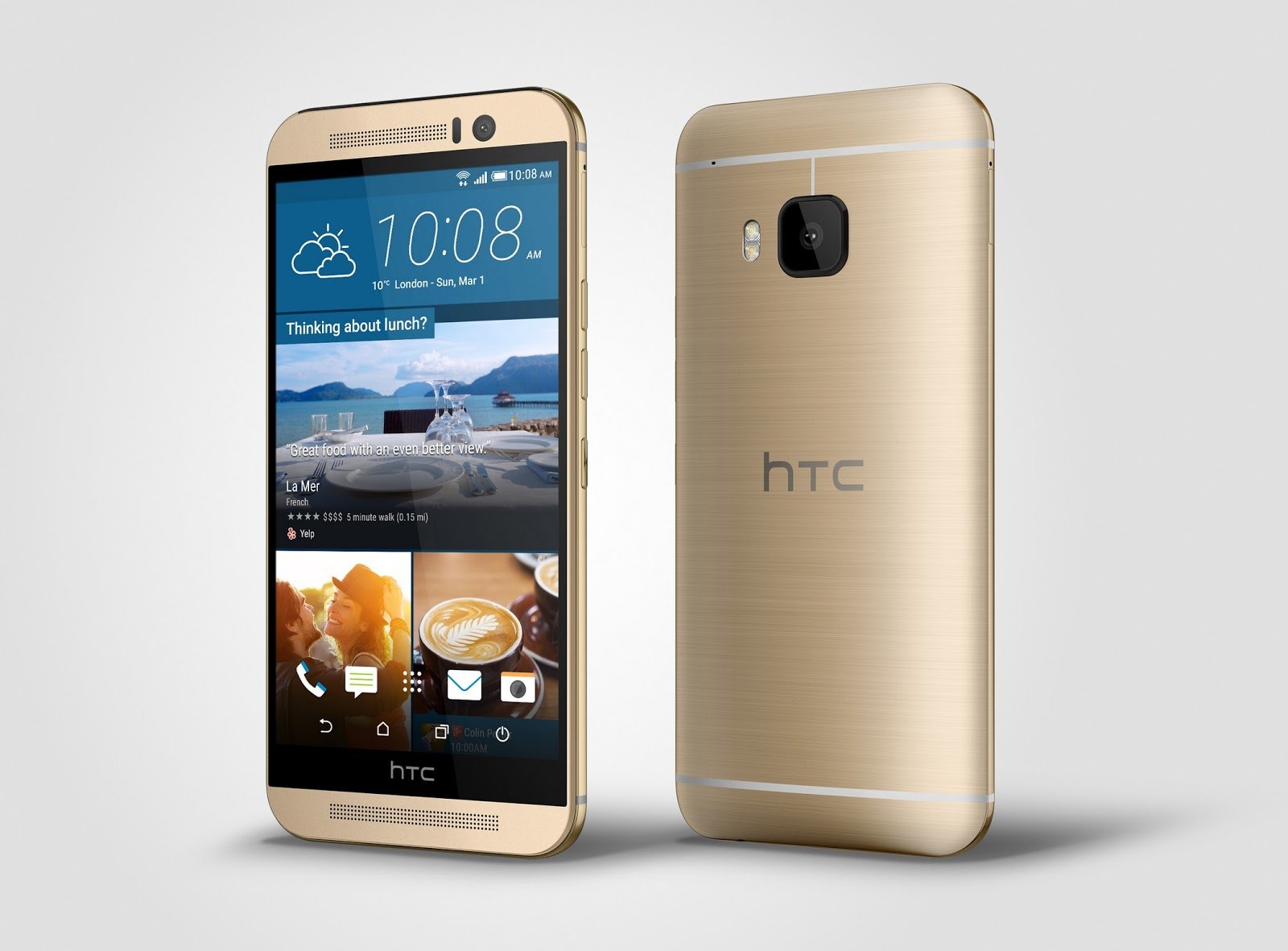 Moreover, it is paired with 3 GB of the latest DDR4 RAM, so you’d be hard pressed to whine about the silicon power in One M9. In addition, the phone comes with 32 GB of internal storage out of the box, which is on top of that expandable with up to 128 GB more via a microSD slot.

Dual-tone HTC One M9 unveiled with 20 MP camera, Sense 7, and blazing Snapdragon 810
Here we arrive at the best upgrade that the One M9 features, compared to its predecessor. Finally breaking away with the low-res UltraPixel shenanigans, HTC moved the 4 MP shooter to the front of the One M9 flagship, and equipped the main camera with a hearty 20 MP sensor, just like in Sony, Meizu, and some other phones. This is the highest resolution that the Android kingdom currently offers, and so far these resolute sensors have mostly been built into Sony phones, as Sony is the one supplying the vast majority of sensors for mobile cameras, including the 20 MP endeavors. 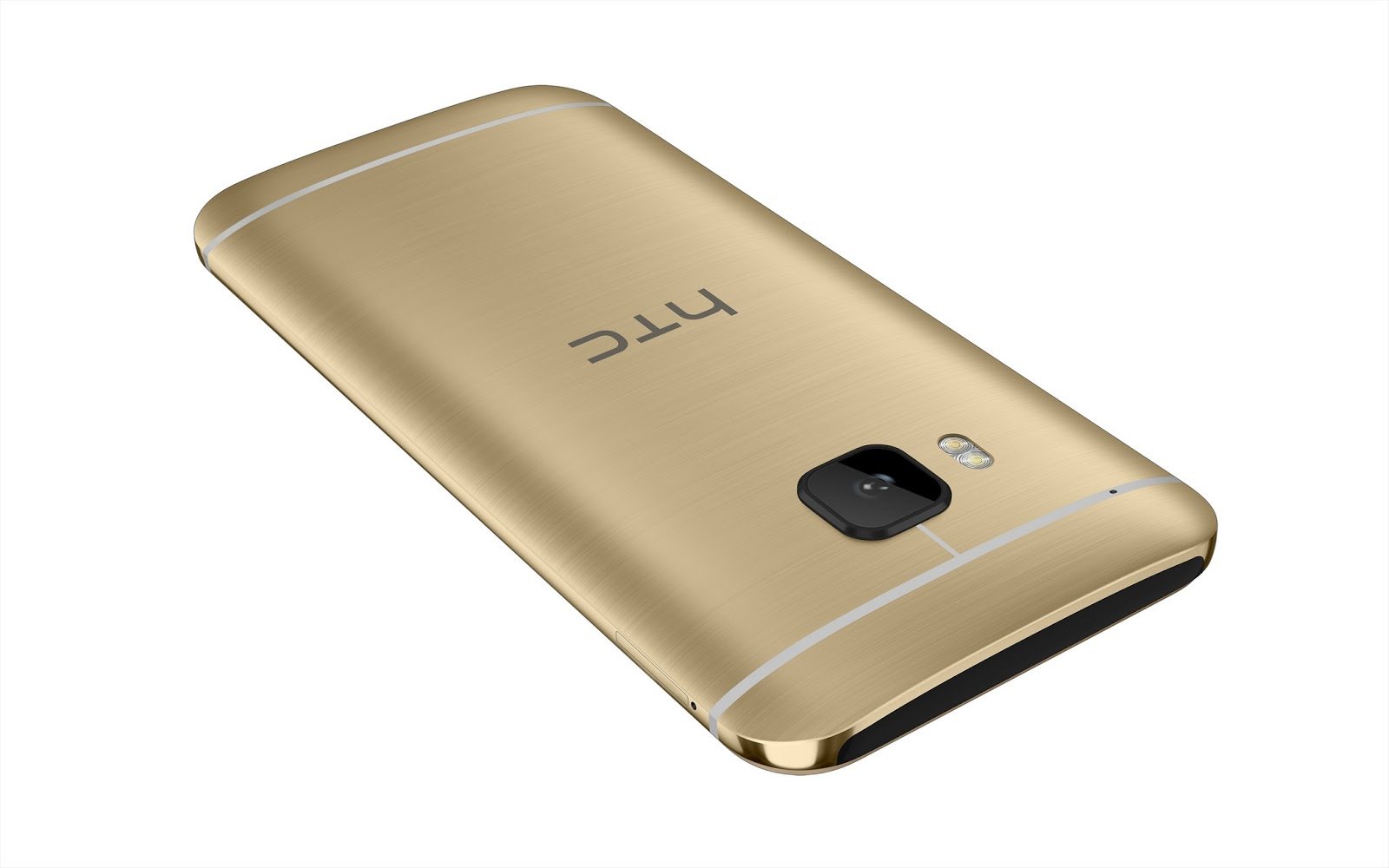 The HTC One M9, however, is allegedly straying away from the pack, and will utilize a 20 MP camera unit with a sensor made by Toshiba instead, indicating that we might see a different level of photo quality than we are accustomed to with Sony sensors. Those have, frankly, not been very impressive results, 20 MP or not, as can be attested by our camera comparisons with the Xperia Z3, though it might be due to Sony’s software optimizations, too.

Looking for 20 MP mobile sensors that Toshiba currently offers, we can actually only see one, the recently announced T4KA7. Besides the usual high-end stuff, like backside illumination, real time HDR support, and 1080p video recording with up to 90fps, this Toshiba sensor is somewhat unique in the rest of its specs. For starters, it offers square pixels. While still at a tiny 1.2 micron size, like all high-res mobile sensors, Toshiba claims that the sensor “utilizes a proprietary square-pixel design that enables exceptionally high-quality images with low-power consumption.”

The rest of the specs are a 1/2.4″ sensor size, 5384 horizontal and 3752 vertical signal pixels, and 22 fps recording at the sensor’s full resolution. The camera unit comes with f/2.2 aperture, 26.8mm lens equivalent, and is, naturally, capable of 4K video recording, too.

All of this HTC One M9 performance power is backed up by a fairly generous 2840 mAh battery, which is with 240 mAh more capacity than the juicer in the One (M8), despite the shorter body. Since the One (M8) already scores very well in our battery benchmark, the One M9 should do even better, hitting for excellence. HTC cites 21 hours of talk time in 3G mode, and 17 days on standby, which is pretty good for a flagship. Last but not least, the phone comes with a 1.5A charger, which should top the battery off pretty quickly. 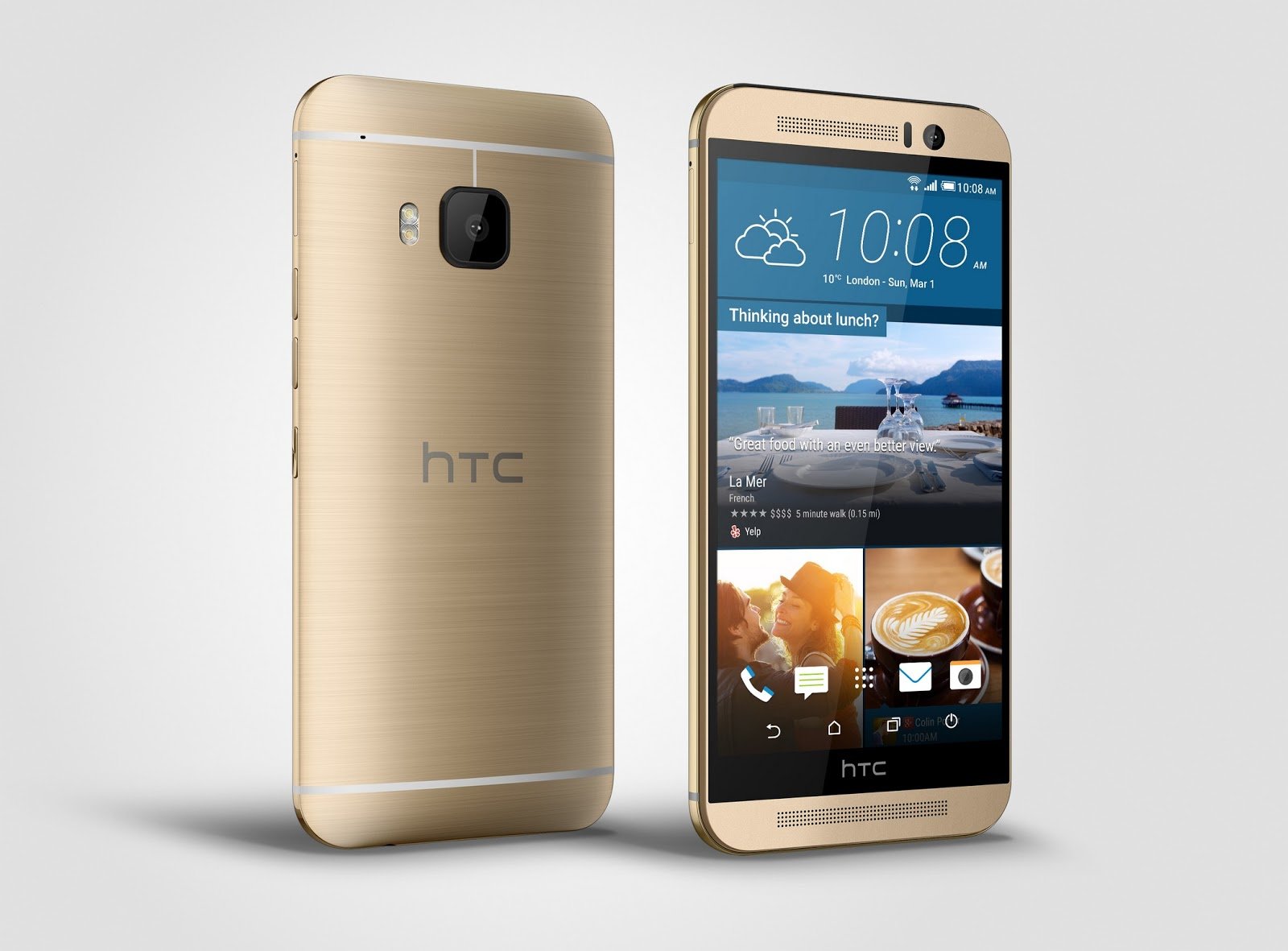 Coming with the latest Android 5.0 Lollipop, the One M9 introduces HTC’s latest Sense 7 interface redraw, with flatter imagery, streamlined performance, and theming taken to the next level, letting you customize just about everything on the phone. 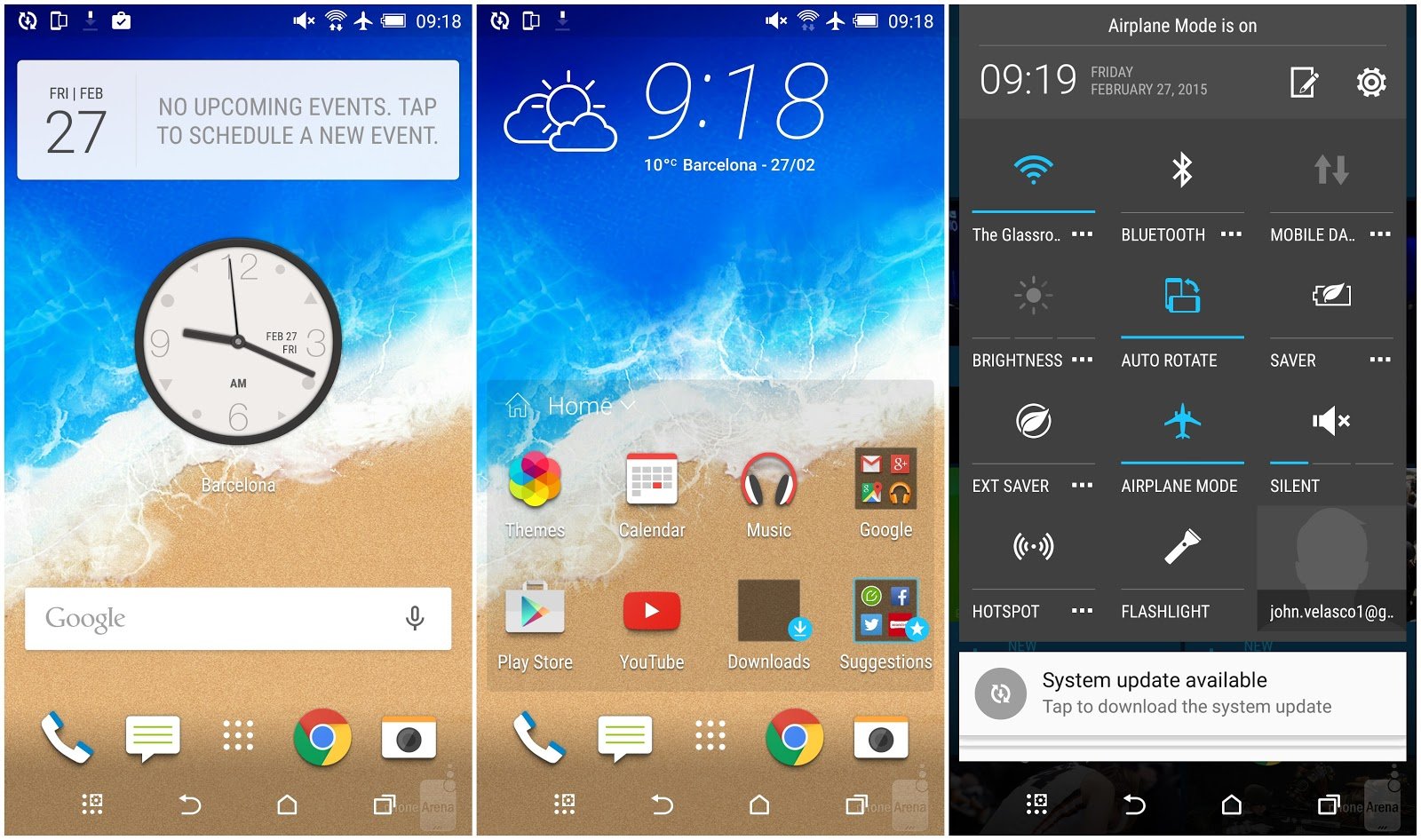 As for the extra features on the phone, we have to mention the IR blaster at the top, an MHL 3.0 port at the bottom, which will let you stream 4K footage to your TV with the respective adapter without a hitch. Needless to say, the HTC BoomSound stereo speaker set is also here at the front, but this time HTC has equipped the amplified combo with full Dolby Audio 3 surround sound, so the handset will come as music to your ears.

The One M9 will be arriving as soon as this month worldwide for a price that will vary with markets and carriers, but would likely be hovering around the usual $600+ flagship tag, or $200 with a contract. Are you liking the new HTC ‘dual-tone’ metal warrior?